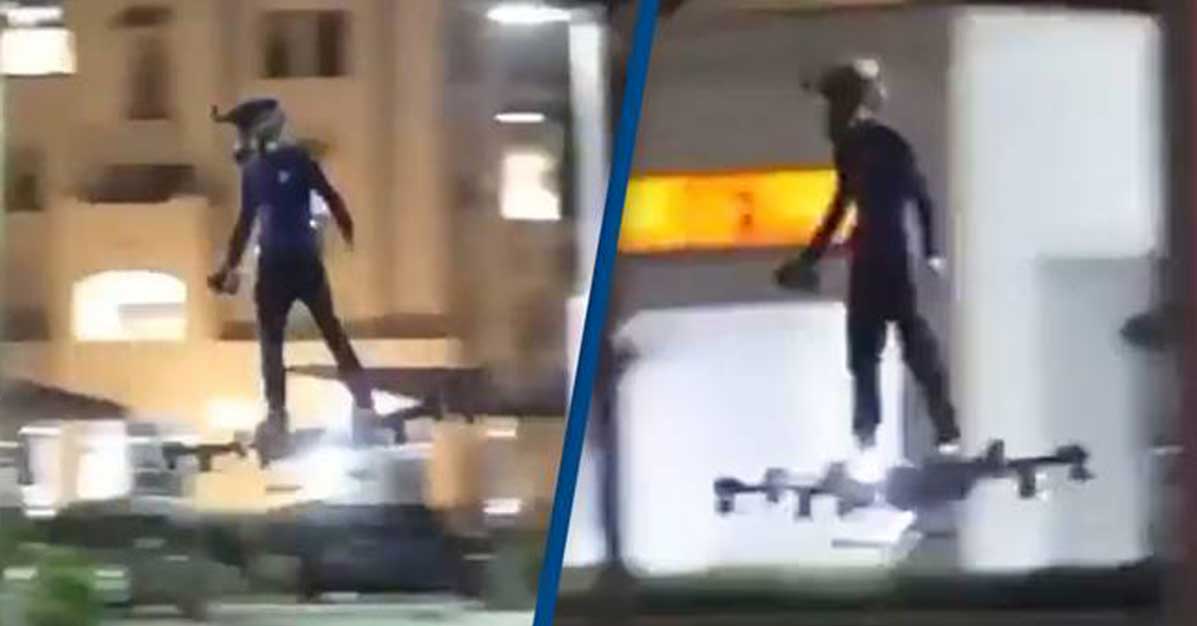 It has been a really long time since Back to the Future came out and I think that ever since then, we have all been wondering when exactly a real-life hoverboard will come about. After a couple of decades, perhaps some thought that it would never happen. However, a recent video has gone viral showing a man ripping about through the streets of New York on a hoverboard. This man gives us hope that this sort of thing might catch on before long!

This man is living in 2030! 🔥 pic.twitter.com/fgXLCEPldS

It almost looks like a little bit of CGI was sprinkled in to make this clip look like something out of a Hollywood movie. However, with a little bit more research, we would find that it’s the real deal.

While hoverboards aren’t exactly mainstream, if someone’s willing to lay down $20,000, they can get their hands on one from a company called Omni Hoverboards. Upon browsing through their website, we have found that the brand has gone through quite a few different developments in order to get to the point where they are today. In fact, these developments seem to have built a strong foundation for a hoverboard that not only flies high but it’s also pretty stable.

The brand’s website even brags that they hold a Guinness World Record for distance traveled at 275.9 m. From the looks of things, that record isn’t safe, either The video below takes us inside of what exactly it really means to ride on a hoverboard outside of a blurry flyby clip filmed from the sidewalk.

We get a feeling that this is going to be one that splits the audience a little bit. It would definitely take some courage to be able to hop on to one of these things and fly high above the treetops as we see in the video below. The demonstration definitely shows a user that has a lot of confidence in the unit that is holding him up to the point where he could snatch a bird from flight.