As fans of Roadkill know, we tend to see some pretty interesting things come to life ...

As fans of Roadkill know, we tend to see some pretty interesting things come to life on the show.

In this particular case, we check in with a 1968 Dodge Charger but this is unlike any Charger that we have ever seen before. It isn’t necessarily because it’s a perfect restoration or anything like that. Instead, the car has quite the oddball story that makes it incredibly interesting.

Apparently, the car’s story truly begins shortly after it was originally purchased. Not long after the machine rolled off of the dealership lot, it was said to have been wrecked in an accident.

From there, a farmer would purchase the car that he would then resurrect. However, the machine wouldn’t be resurrected for street use but instead turned into a project that was to be used in NASCAR competition.

As the story goes, the farmer would eventually have to get rid of the vehicle after years of work and tons of dollars invested due to a disgruntled wife. From there, the car was said to have bounced around from barn to barn for about 50 years.

When the machine finally ended up in the hands of Roadkill, the guys would slap at 383 Mopar in it and go to town. They would then road trip the car to take it to the man who built it to show off what they had accomplished with the machine that he basically put the bones together on.

However, the guys from Roadkill certainly know how to read a room and they say that the man wasn’t happy to see the car and never wanted to ride in it again.

These days, the car is going even further from its roots. Down in the video below from MotorTrend Channel, we get to check in as the “Death Metal” Charger ends up taking on an entirely new heart. Muscle car purists close your eyes because this monster is about to take on some Japanese inspiration with the help of a Toyota 2JZ.

Riding Shotgun in the One and Only Farmboat! 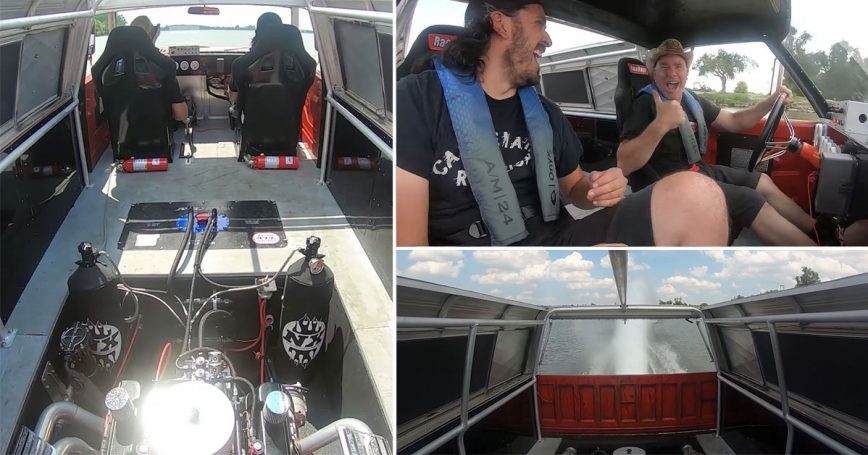