There’s something about an old-school muscle car that has been modified a ...

There’s something about an old-school muscle car that has been modified a little bit to make it really pop. For example, muscle car fans might find it hard to resist something like a first-generation Chevrolet Camaro. However, they might also find that the power options available from the factory also aren’t all that potent.

Therefore, some hot rod enthusiasts have taken it upon themselves to swap factory power out with all sorts of different combinations. Most popularly, we find the likes of the LS swap. However, there are other folks out there who have gotten a little bit more creative with their engine swap candidates, thinking outside of the box to really make their machines pop.

This time, we check out an old-school Camaro that has taken on the likes of NASCAR power of sorts. This old-school machine features the powertrain that would be found in a late model asphalt car. For those unfamiliar, late model racing is basically done on a short track and is one of those steppingstones that helps drivers get to the big show in NASCAR. In other words, it might not be the big show but these engines still create plenty of power and torque for a fun ride.

This time, we check in with the Camaro that is pulled together with a little bit of NASCAR inspiration. Not only does it have one of these late-model engines, but it also has a manually shifted straight cut gear transmission to match. In other words, when behind the wheel, this thing sounds exactly like a stock car!

In the video below, this monster of a machine is gone over with a fine-tooth comb thanks to our host over at AutotopiaLA.  There are a lot of directions to take these old school Camaros to bring new life to them and we have to admit that we are absolutely loving the creativity invested in this example. 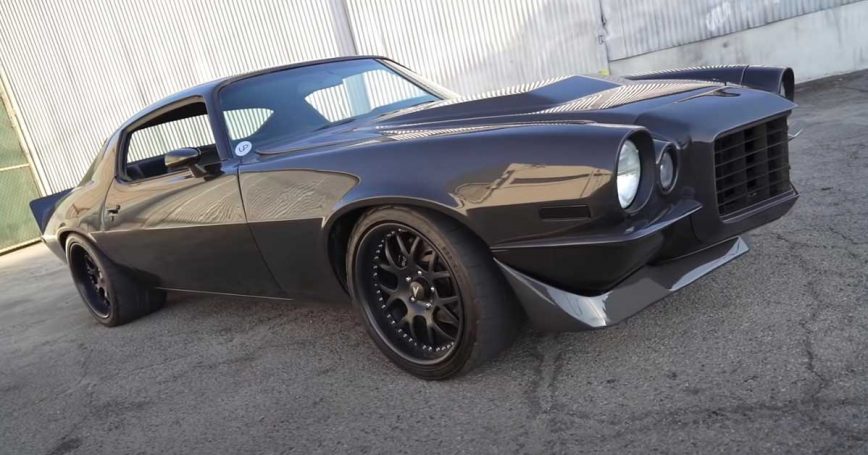