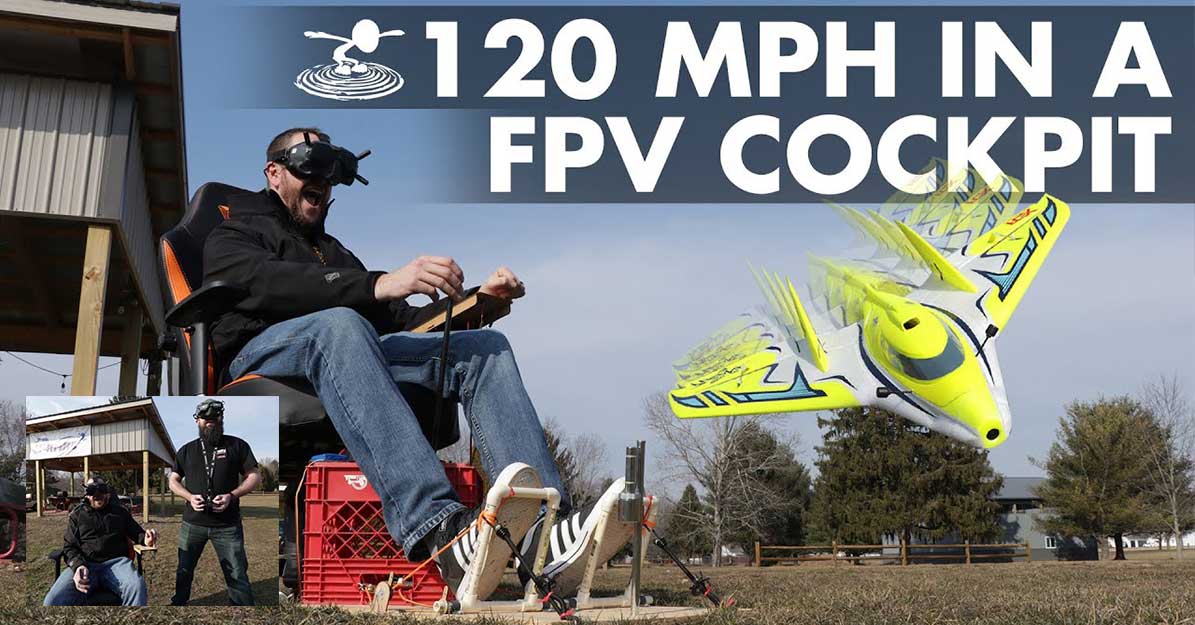 With a little bit of know-how and the right set of tools, anything is possible. This is the driving force that has kept the gearhead community alive for decades.

Now, guiding an airplane along through the sky at 120 mph with the help of remote control is definitely something that sounds pretty exciting. However, when FliteTest got down to it, our hosts decided to go another step further. Actually, this is a little bit more than a single step but I digress.

In order to bring this remote control airplane experience alive, the creator in question would end up constructing an entire homemade cockpit. As if that wasn’t enough to really feel like he was behind the controls of this bad boy, the entire thing is happening through a first-person view as well. In other words, when a virtual reality headset is strapped on and a camera is mounted to the plane, this cockpit firmly mounted on the ground makes the individual behind the controls feel like they are flying through the air.

Let’s just say that it can be kind of a crazy feeling, or so it seems, to be traveling at that speed in your mind when you’re not really moving at all. Down in the video below, we get to check in with the setup to show exactly what it is that makes it so unique and how it takes remote control flying to an all-new level.