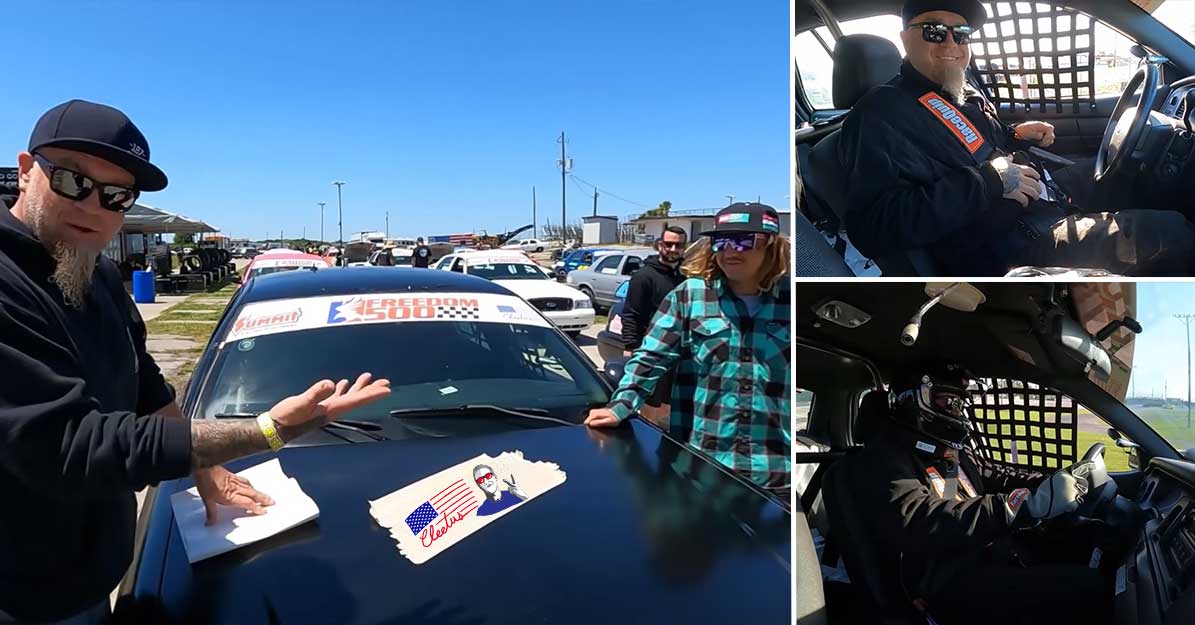 For those who have been living under a rock, the YouTube personality by the name of Cleetus McFarland has been doing some pretty amazing things down in Bradenton, Florida. With the likes of his racing facility that he calls the “Freedom Factory,” he’s completely rejuvenating motorsports as we know them, bringing together all of the biggest names to make a spark and really liven things up in the community.

One of the ways that he does this is through a race that goes by the name of the “Freedom 500.” In the Freedom 500, a variety of familiar faces from around the community make their way to the Freedom Factory in order to compete in a race while behind the wheel of identical retired police Ford Crown Victorias.

This time, we see the event from the eyes of one of the Street Outlaws favorites in Shawn Ellington aka Murder Nova. In this particular video, we get to see the preparation, strategies and qualifying that Ellington himself has gone through in order to try and take the win at the event.

In order to do that, though, Ellington is going to have to go through the likes of lots of professional drivers who make their living, not in a straight line along with other YouTube personalities and other folks from the car community. Can Murder Nova adapt his driving style to go from drag racing to circle track racing?

By following along with the video below, we get a little bit of a taste of what it’s like to be entered in the Freedom 500 and how Shawn is taking on the event. We aren’t going to spoil the results for you but now that the event is over, you can head to Cleetus’s YouTube channel to learn a little bit more about it and how you can watch the action.

« LIVE NOW: Tens of Thousands Tune in as Police Track Down Joyrider in Stolen Ambulance