The scene looked more like a Hollywood movie than real life. However, we assure you ...

The scene looked more like a Hollywood movie than real life. However, we assure you that this is very much the real deal.

The Los Angeles Police Department released footage late on Sunday, says Fox News, that showed police officers attempting to rescue a bleeding pilot from a plane crash. This wasn’t just any plane crash, though, as the plane had fallen on a set of train tracks and the train was quickly heading in the direction of the crashed aircraft.

Foothill Division Officers displayed heroism and quick action by saving the life of a pilot who made an emergency landing on the railroad tracks at San Fernando Rd. and Osborne St., just before an oncoming train collided with the aircraft. pic.twitter.com/DDxtGGIIMo

Fortunately, the police officers were able to pull the pilot from the aircraft just moments before their body cameras showed the train plowing into the airplane on the tracks.

Fox News reports of the crash occurred around 2 PM. The aircraft was a Cessna 172 and it crash-landed on the Metrolink Antelope Valley line train tracks. The footage shows that the pilot was bleeding heavily from injury sustained during the crash. However, heroic officers were able to free the pilot just moments before the plane was absolutely clobbered. They managed to pull the man about 15 feet from the plane before the impact happened.

The unidentified pilot was said to have been rushed to a regional trauma center for treatment. He was the only person aboard the Cessna at the time. 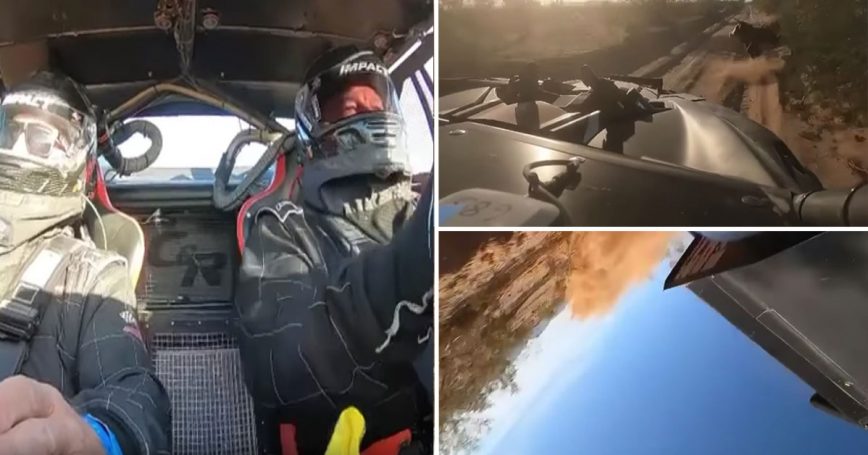