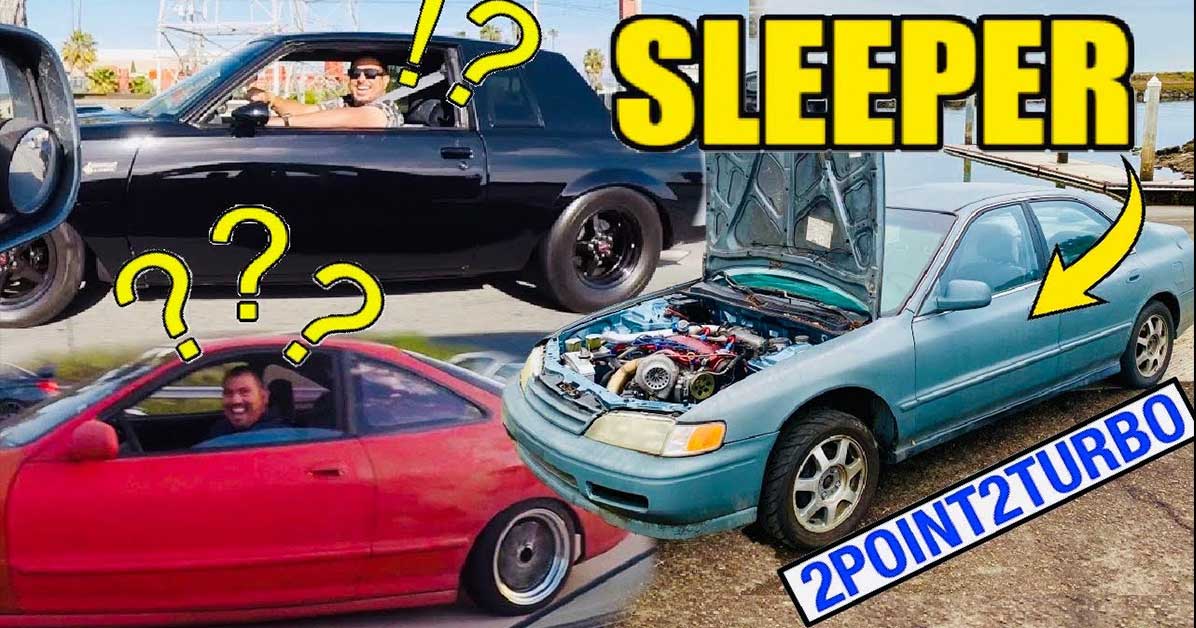 There’s nothing quite like the thought of a sleeper. On the outside, these cars aren’t very suspecting. They look like any regular old car or maybe even an old rust bucket depending on how sneaky be owner wants to be. However, under the hood, we find something that contradicts the appearance.

This time, the sleeper in question just so happens to be a Honda Accord that has been going relatively viral over on TikTok recently. The user who goes by the name of 2Point2Turbo says that the car typically boasts a built motor under the hood with a little bit of turbo power. However, for a little bit of maintenance, that engine has been pulled out in favor of a rebuilt stock unit that he’s borrowing for the time being.

Just because the engine is stock, though, doesn’t necessarily mean that he can’t have a little bit of fun. While the internals are as they came from the factory, a turbo is still attached to the motor and that means that this very regular Accord is going trolling for a little bit of fun.

Fitted with stock-looking wheels and a little bit of oxidation from the sun, this oh-so-normal-appearing Accord pulls up next to a variety of different drivers who really don’t know what to expect. At first, some of them seem a little bit taken aback that this ratty old Accord is trying to race them. However, when the driver lays into the gas, some of their expressions change for the better.

Down in the video below, we get to check in with a variety of different reactions as this unsuspecting beast of a sleeper shows off what it’s got.