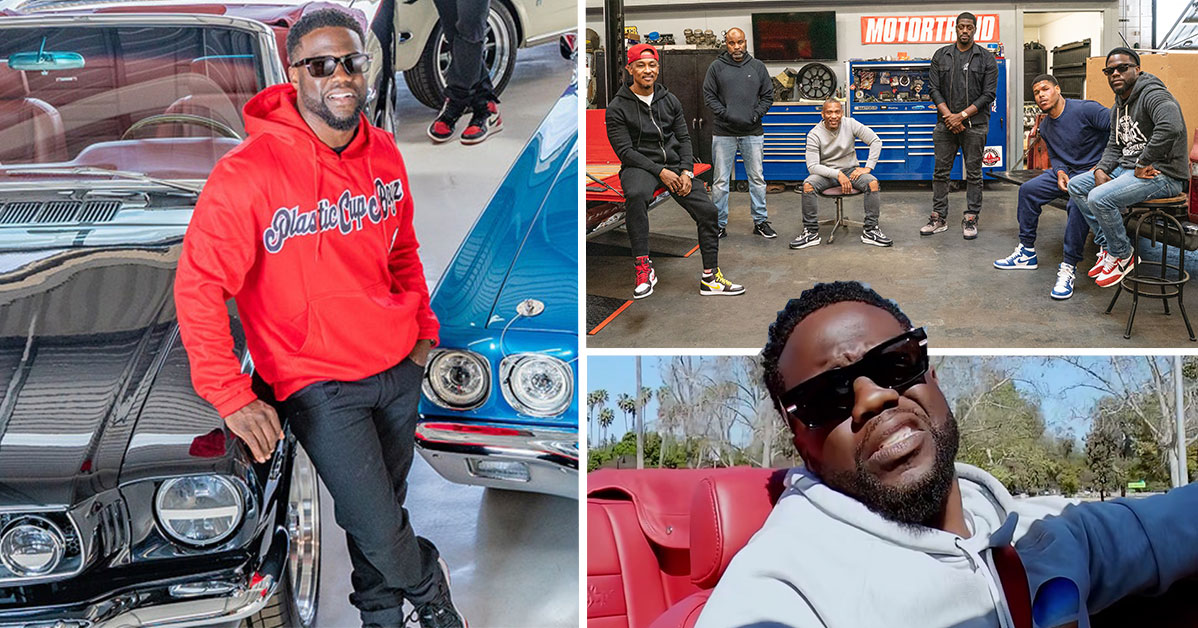 When it comes to celebrity culture, it seems like those who have an abundance of money have a way of gravitating towards cars. However, we can definitely say that just because some of these folks can throw money at high-end automobiles isn’t to say that they are all automotive enthusiasts.

That’s not necessarily a bad thing but there certainly seems to be those who drive around in expensive machines for looks and those who are truly passionate about that machine that they are driving around in.

I’ve never personally met Kevin Hart but from what we have seen lurking around the corners of social media, it does appear as if he’s one of those who would be filed into the automotive enthusiast category. Not only does Hart seem to want to collect a variety of different machines but he seems to have a keen eye for detail, adding some pretty wicked cars to the collection that only a true enthusiast would be able to appreciate on the highest level.

Because Hart is always on the move and creating something new, he seems to have turned this passion for the automobile into a car show that can be seen over on MotorTrend.

Down in the video below, we check in with the first full episode of “Kevin Hart’s Muscle Car Crew.” The show seems to want to dive into the car culture, dissecting it and bringing it to the masses all while Hart and his “Plastic Cup Boyz” take on the job of launching a car club.

While the automotive community is a tight-knit group and one with lots of passionate enthusiasts, it isn’t every day that we find such a prominent celebrity taking it upon themselves to try to drive attention to the hobby.

See the full first episode for yourself and tell us what you think of the new show!