What Really Happened to Daddy Dave at NPK Alabama? 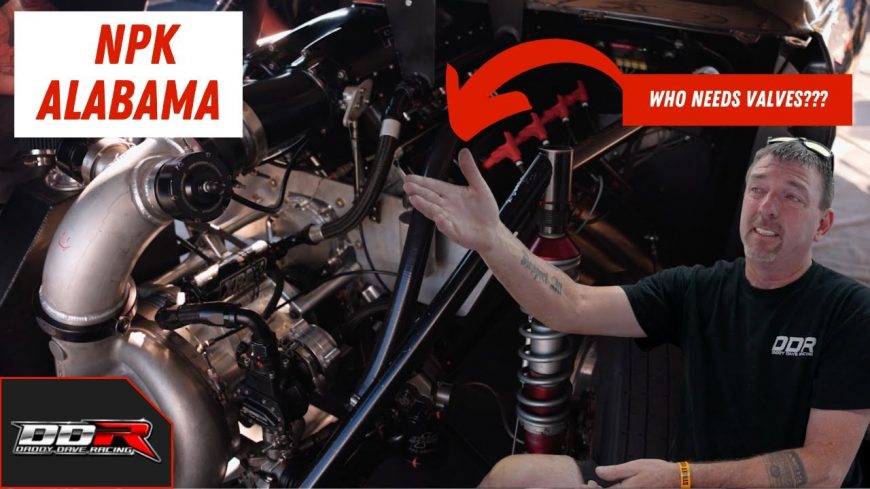 As the No Prep Kings season was drawing to a close, Daddy Dave ran into a couple of difficulties that would cause him to slip down the standings quite a bit to the point where a championship wasn’t looking like it was in the cards for Dave and his “Goliath” Chevrolet Nova. However, with two events left in the season, Dave wasn’t about ready to give up and just call it quits, even as he continued to face adversity.

This time, we head to NPK in Alabama to check in with Daddy Dave Racing to see what Goliath was going through at the time and get a look at things from Dave’s perspective. These sorts of videos really do help to shed a new light on the things that fans might’ve thought they saw.

Coming into the event, Dave was ready to roll with a fresh motor after dealing with some issues. For all intents and purposes, this probably should’ve meant that he would be clear sailing to a successful and issue-free race, at least when it comes to what’s under the hood. However, as accidents happen, yet another engine issue would hold Goliath back from operating at its full potential due to a bit of human error.

Fortunately, it was pretty early on after a couple of grudge passes that the issue was discovered. It happened that the wrong intake valves got ordered and put into the heads that were currently on the new engine. However, after working through the weekend, Dave would get everything sorted out and use some backup heads to go to work when push came to shove for the eliminations.

By following along below, we get to check in with Daddy Dave Racing to go for a ride with the vlog that takes us through the weekend from top to bottom. At the end of the day, sometimes, mistakes like this happen. When you have the perseverance and will to win like Dave does, though, we find where the good become the great.