Daddy Dave Sees the Goliath Replacement for the First Time 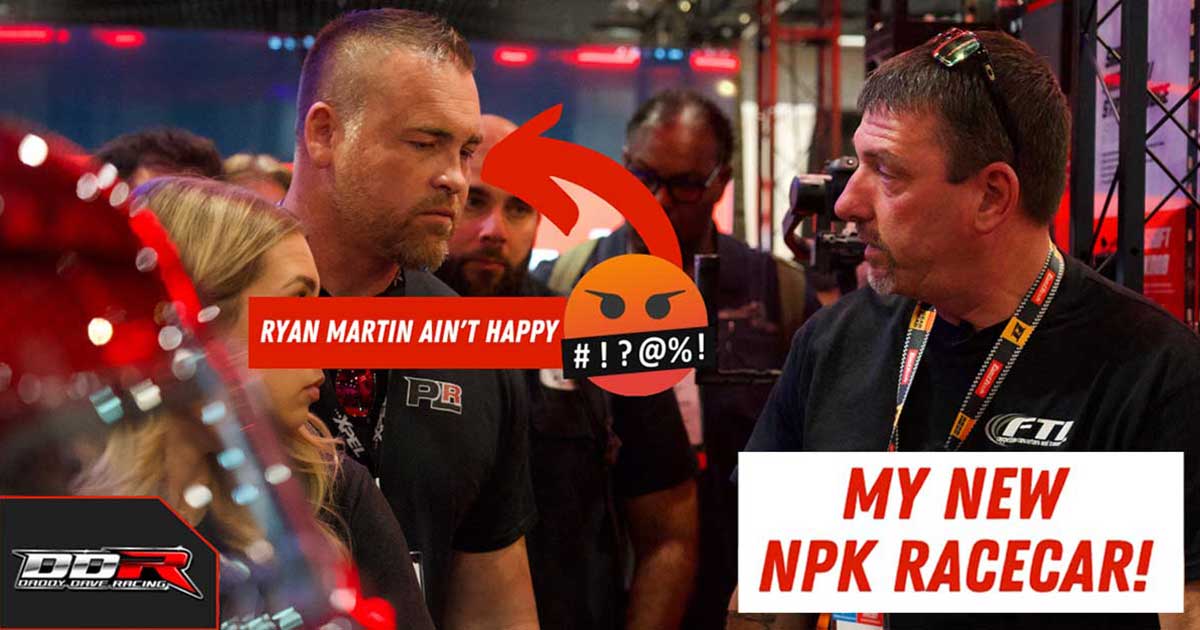 As those in the car community know, if you have a big announcement to make, SEMA is probably the biggest stage that you could do it on.

In the world of drag racing, the main competitors from Street Outlaws seem to take center stage when it comes to the drag racing element of SEMA.

This year, it seems as if the big story came from Daddy Dave as he checked in with fans to show off a new build in the FuelTech booth. The machine in question will, in fact, be replacing his famed Chevy 2 Nova, Goliath, as the main car in Comstock’s stable. Instead of going with something familiar, Dave completely switched up the equation, electing to go with an Audi body to really turn heads. From what we can tell, this thing is nothing short of a pristine machine which we’ve come to expect from Daddy Dave Racing. We’re sure that we’ll be even more impressed when Dave eventually goes into more specifics.

Naturally, as the car was debuted in the FuelTech booth, it’s probably safe to say that the competitor will be sticking with the company’s electronics. However, the other details of the build are likely to become available in the coming days.

In a live unveiling, Dave told the audience that he built the car to be able to beat dominant competitor, Ryan Martin. While we’re sure that this was said in jest to an extent, it does appear as if Martin has had Dave’s number over the years. While both of these top dogs have been back and forth, Martin seems to remain the number one contender as far as yearly championships go. If everything goes right for Comstock with his new Audi build, Dave will be rolling to victory in his new ride in the coming seasons of Street Outlaws and No Prep Kings alike.

« How Far Can a Diesel and Electric Truck Tow An Identical Camper Trailer on ONE Fill-up?