What’s Better than Scaring Mom in Your Car? Using Her Own Ride Against Her! 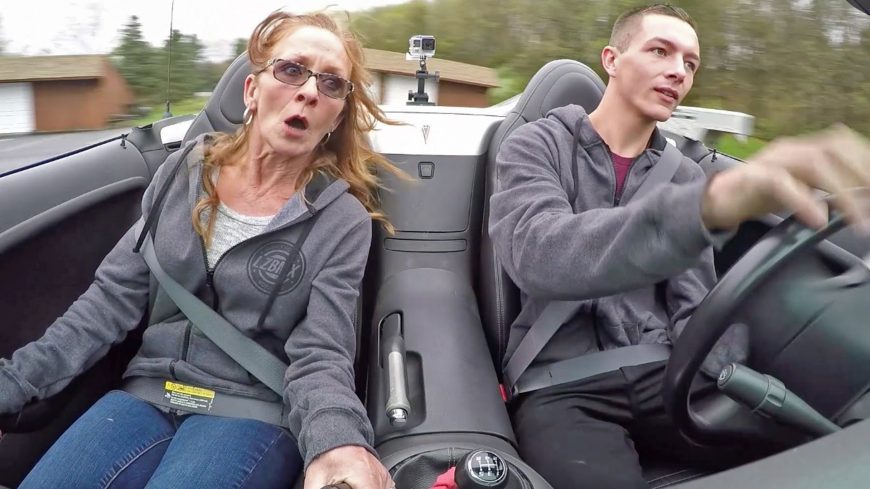 Over the years, one of the video categories that has garnered the most popularity in the car world is that of the ride along reaction video. People will put everybody from their grandpa to their mother to their scantily clad neighbor that they thought would get them a couple of extra clicks in the passenger seat to see how they react to high-powered cars.

This time, we check out a little Mother’s Day surprise as YouTuber, Adam LZ, decides that taking his mom out in his very own performance machine would be a little bit too played out for his liking, so instead, he would decide that he would try to use her very own car to get a little bit of a rise out of mom in the most loving way possible, we’re sure.

Therefore, behind the wheel of mom’s Pontiac Solstice he goes is this mother and son combo heads to a local parking lot to rip on the car just a little bit, to see just how far mom can go before she decides that she’s had enough and wants to head back home. Sure, she might have freaked out in something built for speed but how bad could it possibly be if they were using her own machine?

Check out the video down below that shows off this wild display as the small little sports car goes sliding sideways in a series of drifts that might just cause a couple of screams! The Solstice might have not been the most powerful car in the world when it rolled off of the assembly line but its lack of weight really makes it a blast to drive as you can see down below.

« These Wild Engine Swaps will Leave you Wondering How they Fit