Wheelchair Bound Man Has the Most EPIC Motorcycle Setup 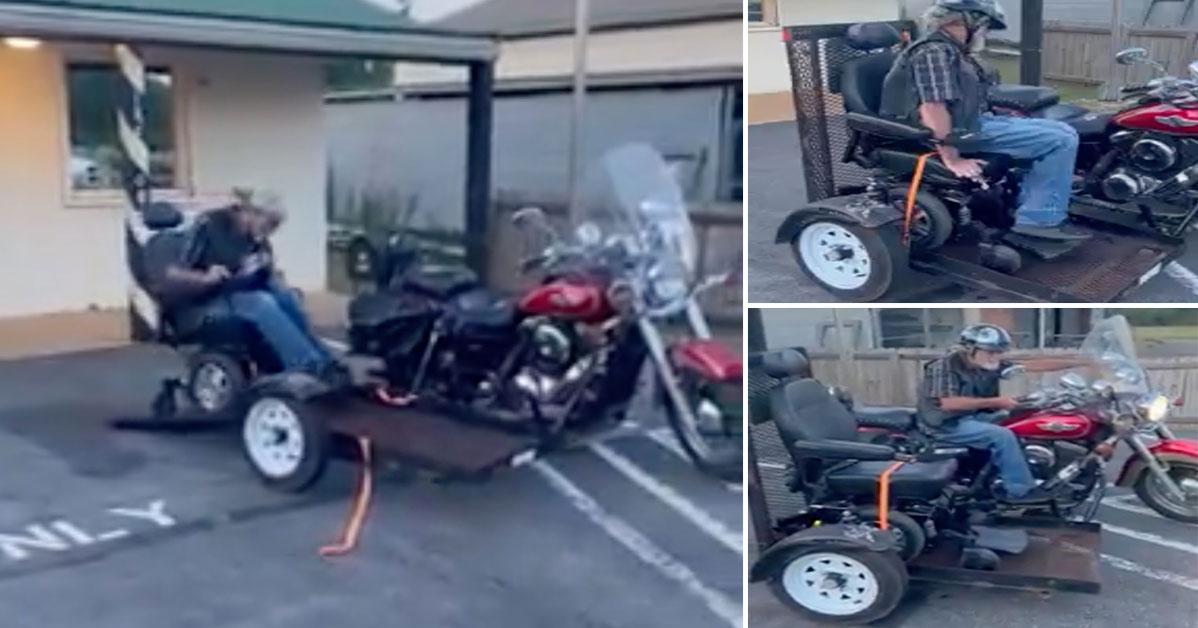 Sometimes, passion and heart can be two intangible factors that can overcome situations that seem to be nearly impossible.

For example, one might think that because somebody is in a wheelchair with minimal use of their legs that it would be impractical if not nearly impossible for these individuals to enjoy something like riding a motorcycle. After all, traditionally, riding a motorcycle is something that is going to require a lot of the use of one’s legs.

While the man pictured in a video that has recently gone incredibly viral seems to have minimal use of his legs, he definitely doesn’t let him stop this stop him from riding his bike and enjoying it. Let’s just say that it really looks like this guy is making the most out of life, even though the situation that he’s in might not be the biggest promoter of riding a motorcycle.

In the video, we’re first greeted by the bike that has been hooked up with a specialized rig. The sidecar is a trailer of sorts that allows the individual to pull up the wheelchair and put it in park. After strapping down the chair so it doesn’t go anywhere, the man has a routine where he climbs from the wheelchair to the seat of the motorcycle to hop behind the handlebars.

The words of this unnamed motorcycle rider sum up the situation perfectly and really give us a little bit of inspiration as he tells us “can’t overcome it, go around it, through it, or over it”

Down in the video below, we catch in with this inspiring situation that shows that with a creative mind and a little bit of heart, there are a lot of things that someone can overcome. This is truly an example of how the human race can be incredibly resilient.

« Aaron Kaufman Recaps His Journey, How he Became an Icon and Where He is Now