With a Couple of Upgrades, Hennessey’s 900 HP TRX Walks Away From a Stock One 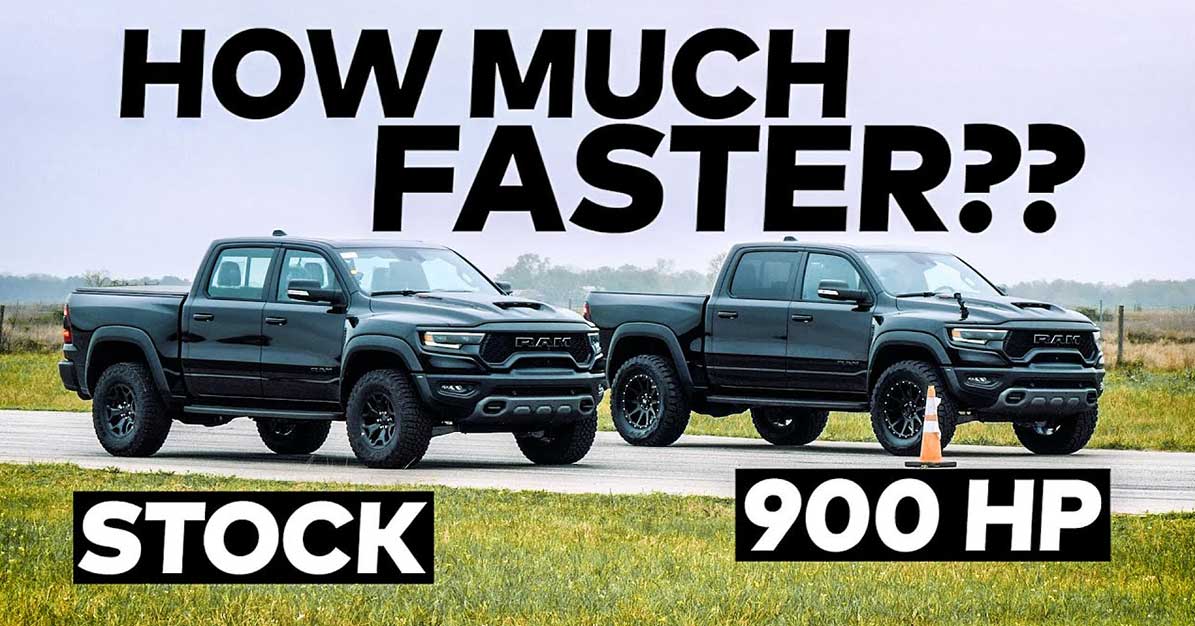 Naturally, when a performance shop adds a couple of components to a vehicle, it’s going to go faster than its stock counterpart… or at least we would hope.

With that, when Hennessey Performance took it upon themselves to upgrade the Ram TRX with the likes of a ported snout, fuel injectors, and upper and lower pulleys along with calibration, we were expecting something awesome. However, when we compare this particular TRX to a stock TRX, we were kind of blown out of the water by the results.

The long story short here is that the modified version of the truck absolutely blows the factory one out of the water. Even though these modifications seem relatively straightforward, it seems as if they really open the truck up a little bit. Perhaps, Ram left a lot on the table when it comes to being able to tune the engine to get the most out of it.

To make things even more interesting, The upgraded TRX even has a bigger wheel and tire combination on it which Hennessey says robs it of about 50 hp on the dyno.

In any situation, that doesn’t really seem to faze this monster of a machine as it absolutely drives straight out of the life of its stock counterpart. We can’t help but be impressed by the leaps and bounds that the aftermarket version has progressed to ahead of the opposition.

By following along with the video below, we get to check in with a little bit of a comparison. Just when we thought that the TRX was about as awesome as a street vehicle could get, along comes a company like Hennessey that really knows how to turn that volume knob up.

Perhaps the coolest part about this is that the truck is that it seems to drive like a champ. When behind the wheel, it might even be hard to tell the difference from a drivability standpoint.

« Here’s Why You Lost the Pinewood Derby as a Kid