Yes, You Can Buy Turbos From Amazon and This 78 Cutlass Flexes Them Well! 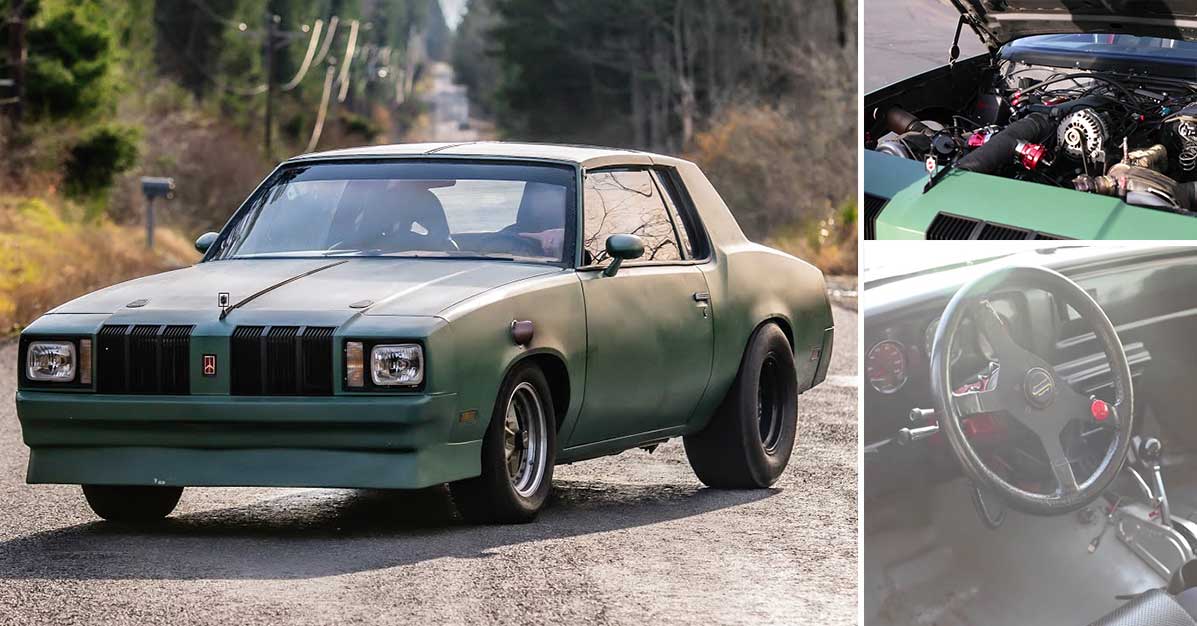 When it comes to the budget build, there are a lot of ways to skin a cat. However, we can’t help but be fascinated to see all of the different angles that one might take to approach a build that has been designed to satisfy that need for speed all while keeping it at a price tag that’s not going to cause pain to the bank account.

This time, the North Pole Racing YouTube channel takes us inside a build that has been constructed with just that philosophy in mind. When everything started out, this old Oldsmobile might not have looked like much but with a couple of key frugal modifications, things have come together quite nicely to create an interesting machine that can move with a little bit of a head of steam if it wants to.

When the Oldsmobile Cutlass was originally purchased, the idea was to have something with a small block in it that could easily be LS swapped. However, it also had to serve as a daily driver for a while. Eventually, though, that small block would be ditched in favor of an LQ4 and 4L80E combination. As far as the car itself is concerned, it ended up costing its owner about $600 or so as he sold the drivetrain that was in it in order to finance other parts of the build. After taking on a mild set of heads and a cam set up, the car would eventually receive nitrous which would push it to the 10-second range in the quarter-mile.

However, after having some issues, the engine would get some real love in the form of a forged rod and pistons combo along with a couple of other trick parts. One of those components was actually a pair of turbos that were sourced from Amazon of all places. I guess they really do sell everything.

By following along with the video below, we get the breakdown of this build that really makes it come to life. There’s just something about saying that you bought your turbos from Amazon that’s going to make everybody stop and stare. However, when this build does get that attention, it follows through in some interesting ways that differentiate it from the pack.