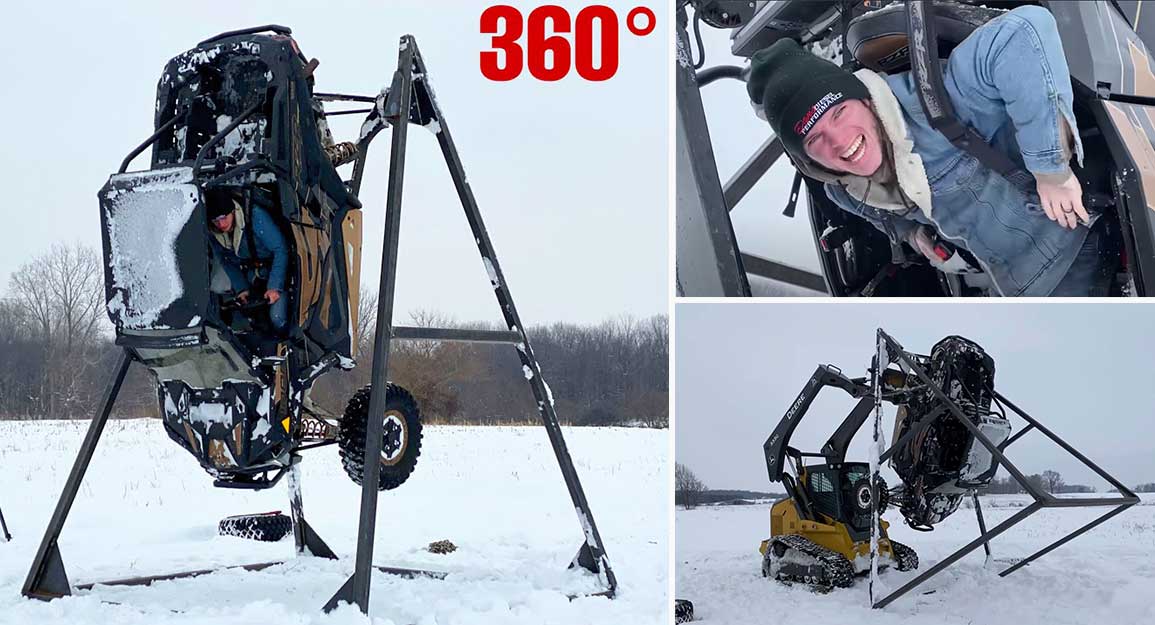 You know, I don’t mean to get meta here but it can be pretty difficult to write an article when we have a lot more questions than answers.

Instead, we’ll start with what we know and go from there. For those who have been following along with the WhistlinDiesel YouTube channel, they know that the creator behind it has a nose for viral content. The channel got its start by destroying high-end automobiles and certainly continues that trend today. As time has rolled on, though, things only stood to get crazier. As the budget has grown we have seen the stunts really escalate to a place where we don’t even know what to say sometimes.

This time, the stunt in question is to create what’s being called a “Redneck rollercoaster.” Essentially, how he would describe this one is as a Polaris RZR turned into a motorized swing. In order to make the creation come together, the side-by-side has been mounted to a structure that looks very similar to what one would expect with a swingset. However, instead of swings, it holds an expensive machine that’s been mounted by its rear axle. When the power goes to the axle, this is when the fun really begins.

With the latest video, we watch as the danger really comes to life with this crazy contraption. It’s hard to figure out where an idea like this could come from but it seems like there is no filter between the thoughtt of an idea and when actually comes to life. At the end of the day, most channels will probably deem something like this far too crazy to try but the fact that WD is actually out there and willing to try and execute is really what makes the channel stand out from the bunch.

« Daddy Dave is Unveiling a New Car, Spills the Beans on Going Back to ProCharger Again!