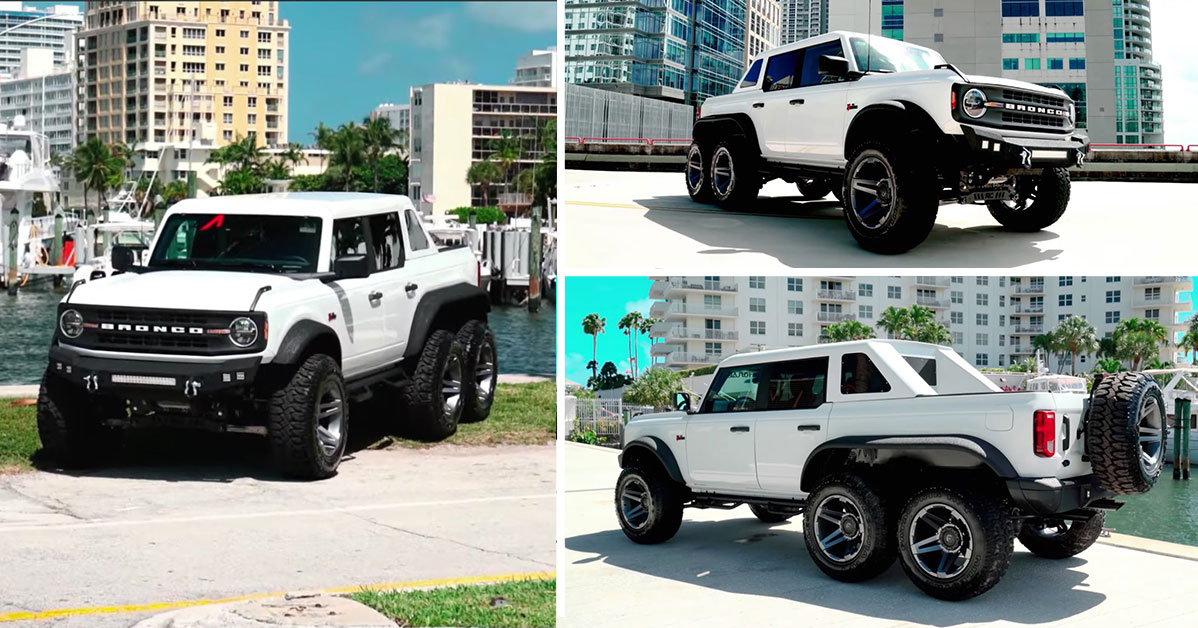 When it comes to vehicles that are fresh to the market, depending on how awesome they are, it doesn’t take aftermarket manufacturers very long to sink their teeth into them.

For example, something like the Ford Bronco is a very popular model. Therefore, with all of the hype around it, it would be pretty shortsighted of these aftermarket manufacturers to not create parts for the model or maybe even create their very own version of the Bronco.

The company is known as “Apocalypse” is one that puts together some pretty wild creations. Over the years, they have taken some top-of-the-line pickup trucks and SUVs and converted them into 6x6s. That’s right. Imagine taking your favorite truck and stretching it out, adding two more wheels.

From Apocalypse, we have seen everything from the likes of the Jeep Gladiator to the Ram TRX converted into six-wheeled monsters. This time, the Ford Bronco takes on the 6×6 design.

The exact pricing on the model hasn’t been released just yet. However, if we could take a stab at a guess, we would say this thing should eclipse the $150,000-$200,000 mark easily, based on what some of Apocalypse’s other creations have sold for.

Down in the video below, we get to dig into the 6X6 Bronco in all its glory. This thing isn’t just for looks, either. It would be very easy to only have the rear wheels spinning. Instead, this creation will give the driver power to all six of the wheels just in case they get stuck in a sticky situation and need some extra traction.

This machine certainly isn’t for everybody but for those who are into their trucks being big and bad, this factory appearing but stretched out Bronco is certainly right down their alley.

After checking out the images of this thing from Carscoops, be sure to tell us if this is a machine that you would love to drive around in the streets and or potentially even take off-roading.