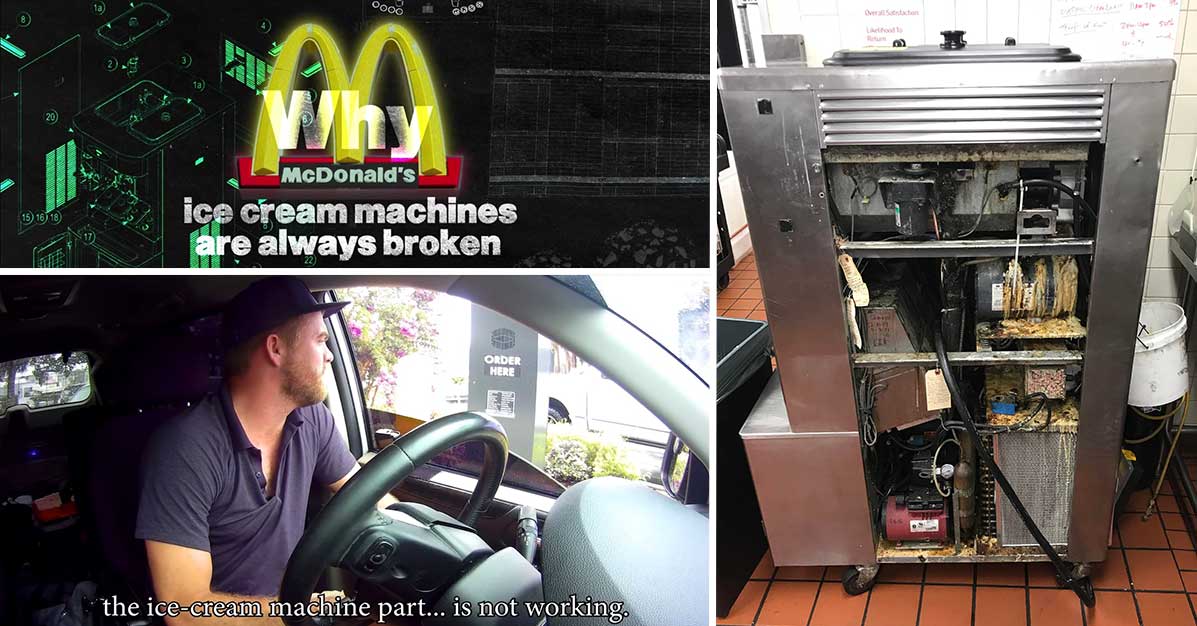 In terms of the American dream and rising from nothing to become ultra-successful, McDonald’s really hits the nail on the head. Starting out as a small burger joint, the brand has obviously risen into massive multi-national success. In fact, we would be shocked if there was a single American who has never eaten at McDonald’s.

As they have grown and become one of the biggest chain restaurants to ever exist, McDonald’s has certainly figured out how to make its operation go smoothly. One of the reasons why McDonald’s is so wildly popular is that customers will be treated to a pretty consistent experience no matter where they are. With strict franchising rules, McDonald’s has figured out a way to make sure that your meal is going to be about the same at every location.

However, it would seem as if the one thing that really stands out and doesn’t make much sense in this equation is why so many McDonald’s franchises have broken ice cream machines.

We would think that this multi-billion dollar corporation would be able to figure out a simple equation to get to the bottom of these broken ice cream machines and fix the broken link in the chain. However, McDonald’s has so many broken ice cream machines that it has become a widespread internet meme phenomenon. This isn’t a new thing either but instead has been going on for quite some time.

Because of this, some investigative journalists have dug into the issue to figure out what is going wrong. Early stories would report that the machines aren’t really broken but instead just going through a cleaning cycle that takes quite a bit of time to work. The only issue with that theory, though, is that other chain restaurants use the same machines without the issues that McDonald’s seems to have.

So, what exactly is it that is keeping these machines broken for good? The short documentary below really dives deep into this issue to tell us what it is that has perpetuated this ongoing meme.