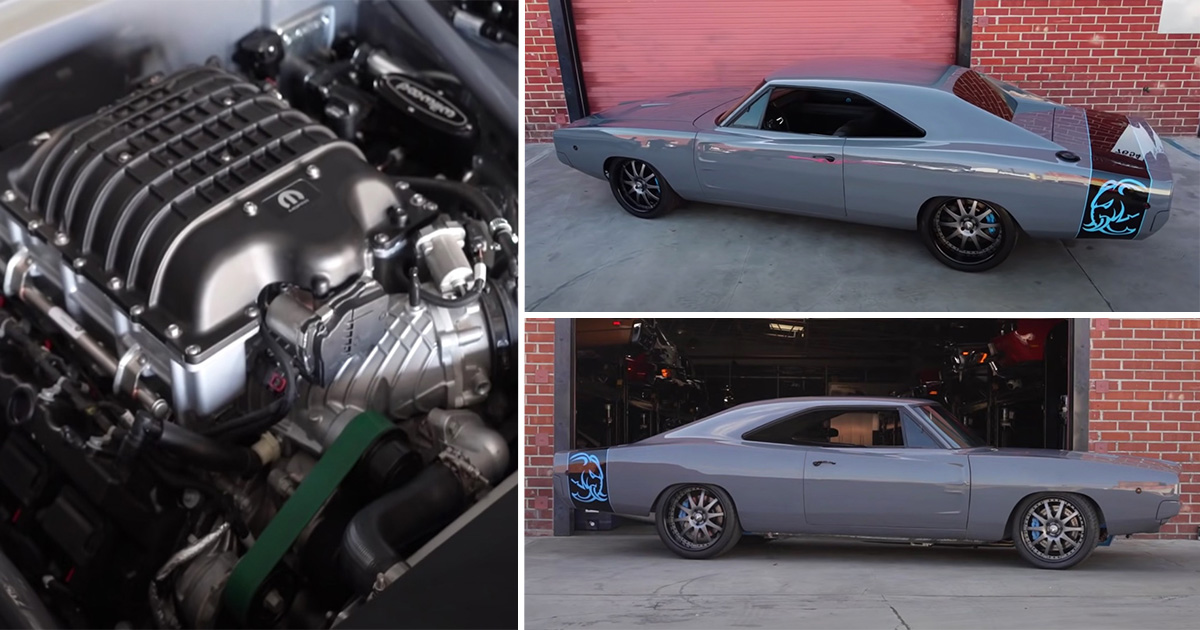 If there’s one thing that we absolutely can’t help but love in the world of classic muscle cars, it’s when these classic cars meet modern hardware. Don’t get me wrong, an old school Mopar screaming along with any sort of V8 is music to the ears. However, back in 1968, we would be hard-pressed to believe that even the engineers behind something like a Dodge Charger could believe that their machine would be capable of making 1000 hp one day.

In fact, with the help of the Hellephant crate engine, Dodge actually allowed people to go home with a turn-key 1000 hp package. The combination not only offers up big power but also big reliability. From what we hear over and over again, the crate engine that they call the “Hellephant” will drive just like a typical Hellcat on the street but when you crack open the throttle, there’s a little bit extra power to play with.

This time, we check in with the 1968 Dodge Charger that goes by the name of “Dumbo.” When Dumbo was purchased, the car was described as an “ok” car that needed a little bit of love. However, several steps later in the equation and we run into the machine that is now fitted with the 1000 hp 7.0L monster and needless to say, this thing is an absolute head turner.

Throw in the fact that I’ve shifted by a T56 manual transmission and you have yourself a pure driver’s car with tons of juice under the long, skinny pedal. By following along with the video below from AutotopiaLA, we get to do a deep dive into this awesome machine. There’s just something special about that screaming supercharger and a fully resto-modded Charger that really can get you going in the morning.