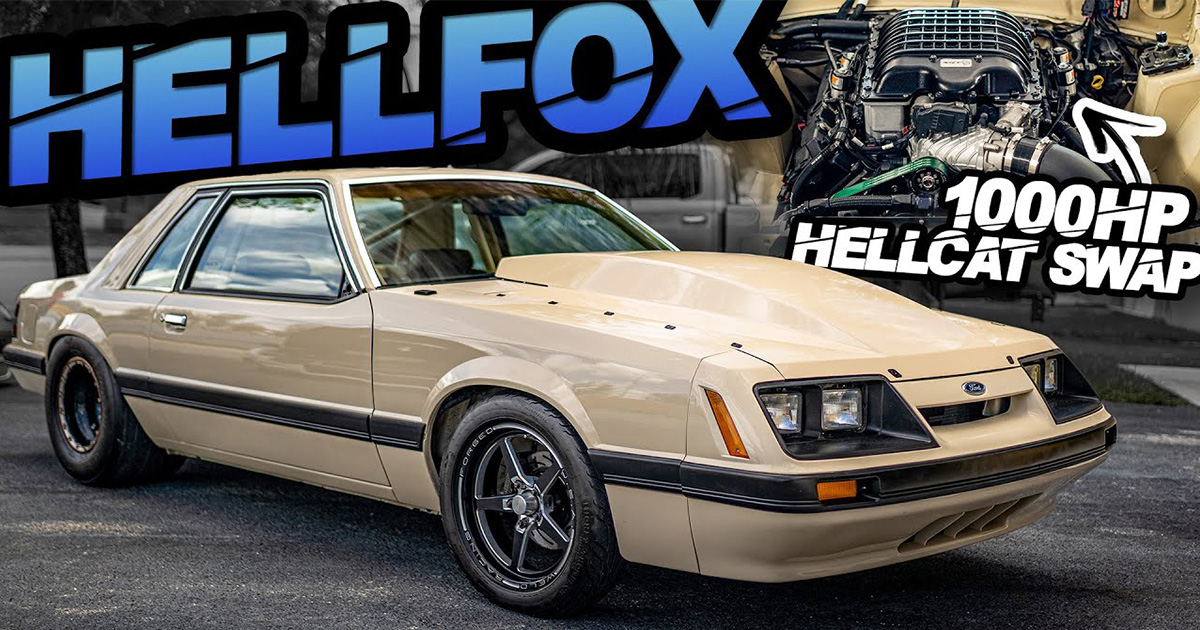 As many well-informed Fox Body Mustang enthusiasts will tell you, just about any engine combination imaginable has been shoveled into the platform. The Fox Body is about the most common machine that one will find in the performance landscape for a variety of different reasons. Not only did the cars have a track record of being plentiful and affordable. They’re also incredibly versatile as well. Alongside the Fox Body, we might argue that there is perhaps the most diverse and plentiful aftermarket of any automotive model ever created.

This time, though, we check in with an engine swap that is still pretty fresh in the Fox Body community. Under the hood of the old school Mustang, we find some new school power in the form of a Hellcat engine. This isn’t just any Hellcat engine, though, as its owner has dialed this thing in to boost that 707 horsepower to create 850 hp with the supercharger acting alone. When the nitrous is engaged, the car is capable of making 1000 hp.

Compound that with the fact that this thing saves quite a bit of weight over the car that the engine would’ve originally been found in and you have yourself quite a racing machine. For perspective, the owner of the Fox says that the 1000 hp under the hood of his project is probably equivalent to about 1400 hp under the hood of a traditional Hellcat.

In the video below, we get to check in with the swap that is incredibly unique, if not one of a kind. Even though the internet isn’t all-encompassing of the entire enthusiast landscape, it would appear as if this is the one and only Hellcat-swapped fox body in existence as well. Even the owner himself says that he isn’t familiar with any other examples of the swap.

In the video below, That Racing Channel takes us behind the scenes, checking in with all of the nuts and bolts that make this build so amazing.

« Time for Another Race Truck at 187 Customs?