Time for Another Race Truck at 187 Customs? 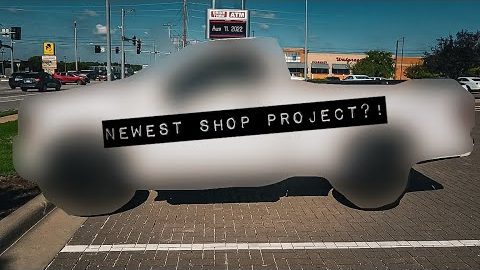 Sometimes, it’s just simply time to add a new project to the stable. For the crew over at 187 Customs, that time is now and the vehicle that Shawn Ellington picked up might not exactly be the one that a lot of fans find fits in the typical archetype of Ellington’s history.

This time, in a vlog video, the covers are pulled off of the new project which is, in fact, *spoilers* a gently used 2020 Ford F-150 single cab. The truck is equipped with a 4×4 system to make things a little bit more interesting on the street. It’s pretty hard to not fall in love with the capabilities of these pickup trucks that are primed to make good power right from the factory and put all that power down to four wheels which makes traction a little bit easier.

In the video, Ellington immediately begins to talk about what he plans to do with the truck and alludes to the idea that he’s not going to go the route that everybody else does. Staying off of the beaten path is a strategy that has become pretty evident for Ellington as Shawn seems to go where few have dared to go quite frequently. I mean, showing up to Street Outlaws: End Game with a big wheel build is definitely one way of proving that.

So, what are the plans with the truck, anyway?

Even though the truck’s new owner says that he’s unsure of exactly what the powertrain is going to consist of, he does take a moment to reference his other build’s 2.9L Whipple supercharger which Shawn says works incredibly well with his Chevrolet Trailblazer SS known as the “Man Van.” He then goes on to talk about how these Coyote applications like revving high and maybe a 4.0 L Whipple is in store for this particular truck.

In the video below, we find that it’s only a matter of time before this thing is home and disassembled so that it can receive some new parts. Would you really expect anything different, though, from the crew over at 187 Customs?