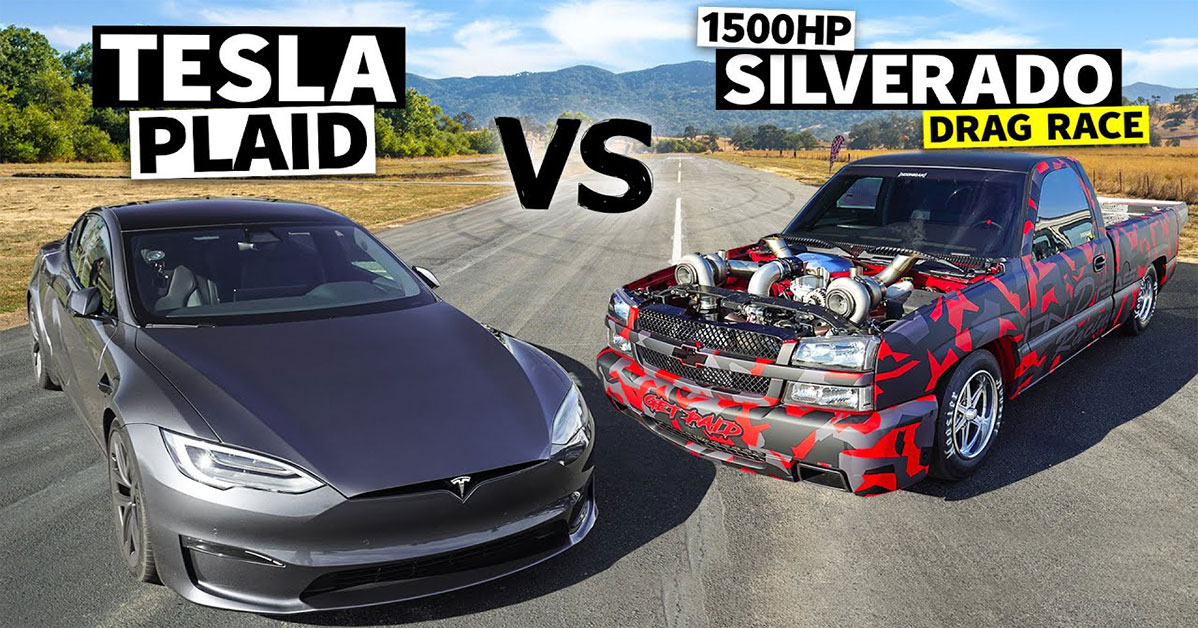 When it comes to performance, it’s not hard to be impressed by the likes of the Tesla Model S Plaid. Those who are familiar with electric cars know that they do a lot more than save on fuel costs. Some of them really can pack a punch when it comes to straight-line performance as well.

In the case of Tesla’s Model S Plaid, this thing takes packing a punch to a new level. In fact, it has become the fastest production car to ever make its way down the quarter-mile which is definitely saying something considering the fact that consumer electric vehicles are still relatively in their infancy.

We’re talking about a car that has proven its faster than every mass-produced car ever in the quarter-mile – beating up on everything from Ferrari to Chevrolet and everything in between.

The crew over at Hoonigan has seemed to be to find a lot of good races for the Plaid, even if they have had to dig into the realm of purpose-built racing machines just a little bit.

This time, we check in with yet another monster of a machine that has been built to go incredibly fast in a straight line. In the lane next to the Tesla in this particular throwdown is none other than a Chevrolet Silverado featuring a pretty sizable pair of turbos and 1500 hp to get the juices flowing.

When all is said and done, it is hard to not be impressed by the electric vehicle’s capabilities with no modification. In this particular demonstration, we get to watch the 1020 hp electric vehicle go head to head with a pickup truck with a lot more power on tap. Does Tesla stand a chance this time? Is there any shot that the electric streetcar can go toe to toe with this highly modified racing machine and come out with a victory? Find out by tuning in with the video below.