Can the Tesla Model S Plaid be Beaten? 1400 HP Hoonicorn Finds Out 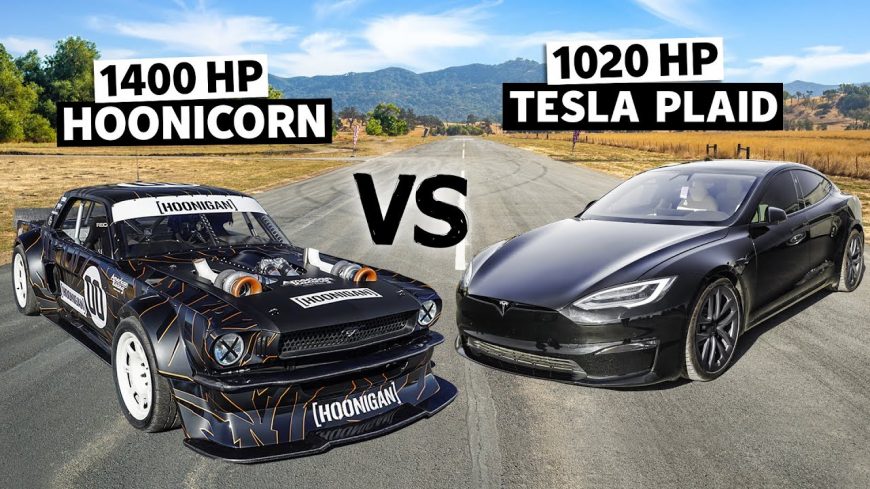 Here in the automotive community, the idea of the electric car can be a little bit controversial. At the end of the day, half of the passion in fun automobiles comes from the grumble of the engine and the feeling we get when the throttle cracks open and our exhaust screams.

However, it can be very hard to deny the upside of an electric vehicle.

At first, EVs might’ve been about saving fuel or maybe even saving the environment. These days, though, electric cars go so much further than that. In fact, the Tesla Model S Plaid has even gone on to become the fastest production car to saunter its way down the quarter-mile in the history of production cars.

What would happen, though, if we were to take the 1020 hp Plaid and pit it against some of the most impressive machines that racing has ever seen?

Well, when it comes to going fast, the 1400 hp Hoonicorn definitely is one of the top dogs in the world of performance. In fact, after an entire season of racing a bunch of badass cars, fans of the “Hoonicorn vs the World” series wanted even stronger competition in the second season which is where we currently find ourselves.

First up, Alex Laughlin’s 4,000 hp drag Corvette matched up with the Hoonicorn and came up just a little bit short. You can see that episode here.

This time, we check in with this pair of monsters, one of which wears sheep’s clothing. At the end of the day, we won’t give you any spoilers but let’s just say that this is an incredibly close race, to say the least. If the Model S Plaid has anything to say about it, it’s going to be incredibly difficult moving forward for production combustion-powered vehicles to hold a candle to what the electric industry is offering right now.