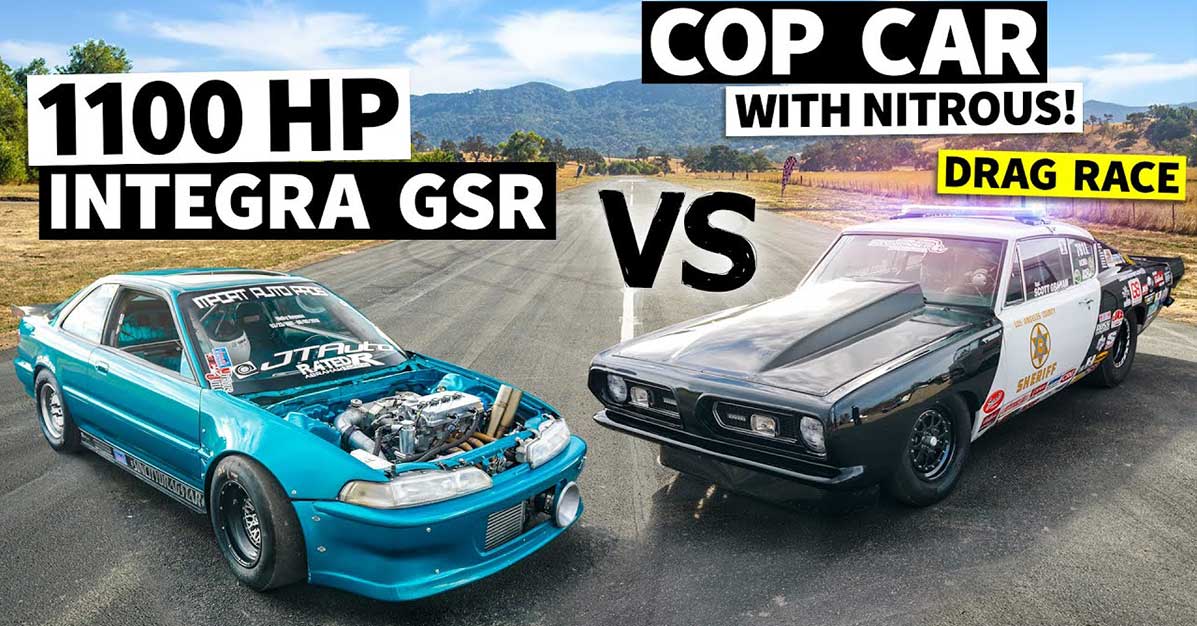 For those who haven’t been tuned in, the folks over at Hoonigan have come up with a pretty interesting series that attempts to put a pair of cars in the pressure cooker to see how they stack up against one another. In many of these situations, the machines are polar opposites or something that’s completely unexpected. The dichotomy of the series entails that each car is given a deep dive and we can really see the strong points of each.

These days, no matter what kind of car you’re pulling up next to, whether it’s import or domestic, we would stay on our toes. This time, for example, we run into a machine that was built by Honda to get grandma around town and save her a little bit of gas money. We’re talking, of course, about the Acura Integra. However, as tuners have gotten their hands on these things and figured out how to make the most of them, the situation has gotten just a little bit more intense. In fact, the Integra in question this time is cranking out 1100 hp thanks to a little bit of extra punch from a GSR power plant.

In the opposite lane, though, we find yet another combination that has been proven in the world of drag racing. Of course, we’re talking about a V8 with a splash of nitrous. However, the plot twist comes into effect when we learn that it’s under the hood of what would appear to be a police car. In this one, we really get to dive into one of the oldest rivalries is in all of racing so strap your seatbelts because this import vs domestic battle is about to get hot.