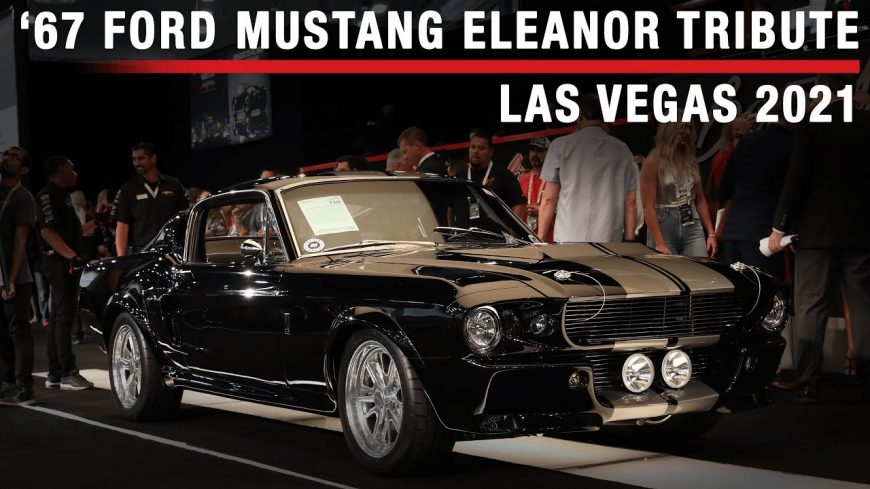 We have certainly seen some drama pop up surrounding the “Eleanor” name. For those who have been living under a rock, Eleanor was the Ford Mustang featured in Gone in 60 Seconds.

As it turns out, the more recent rendition of the car is much more popular than the original. In fact, to this day, some 21 years after the film’s release, we see all sorts of replicas and tributes bringing huge money at auction.

The film used car would bring seven figures at auction today but that’s a topic of discussion for another time.

In this particular example, we check in with a machine that is nothing to scoff at as it yields a bigger asking price than some houses. However, it isn’t the real deal or even a replica. Instead, the tribute pays homage to the original while throwing a little bit of a different flair in the mix.

The car was said to have been constructed by just one of two shops that have access to the licensing rights to put together anything with the Eleanor name on it. We actually saw quite the social media eruption when a popular YouTube channel attempted to create their own Eleanor tribute and would have it seized by the name holder for some sort of rights infringement.

When all was said and done, this Eleanor tribute known as the “Midnight Edition” ended up bringing a stunning $200,000 when it rolled across the block at Barrett-Jackson Las Vegas 2021. The car does pose a resemblance to the original Eleanor but the colors have gotten a bit darker as she is clad in black.

Under the hood, we find a 408 cubic inch Ford small block along with the Tremec five-speed transmission. This thing is certainly going to be a blast for anyone who hops behind the wheel and gets to row a couple of gears.

Down in the video below, we get to see the car, up close and personal, to see exactly what it is that somebody is willing to pay 200 grand for to add to their own personal collection.

« Top 10 Most Expensive Supercars at Barrett-Jackson (The $$$ Gets Wild!)