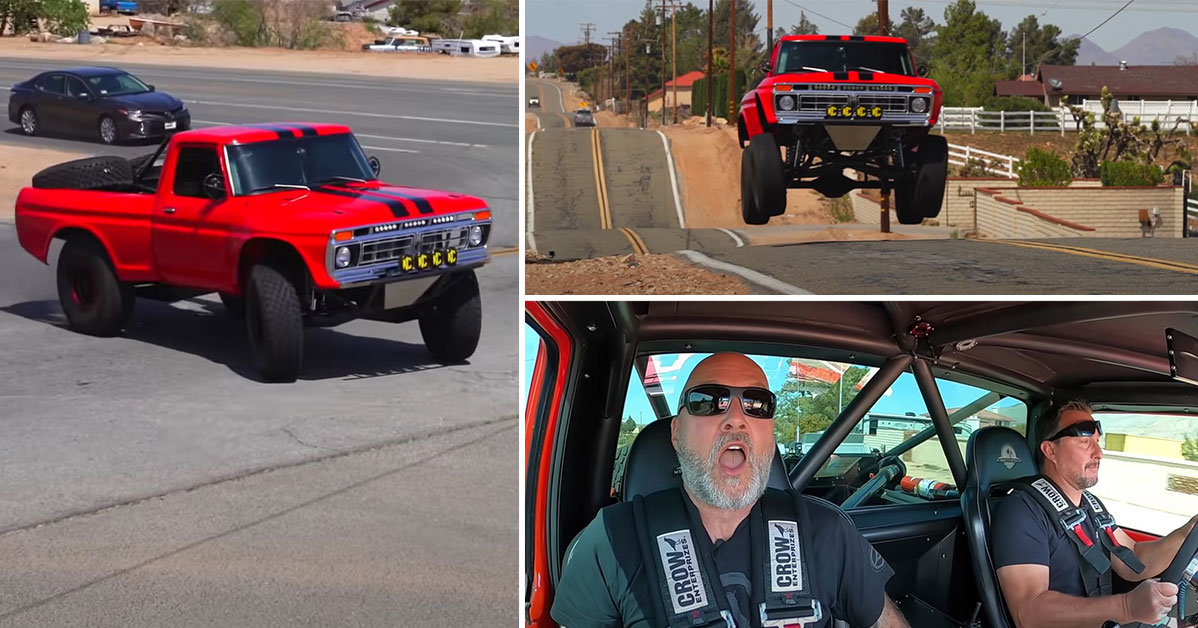 As automotive enthusiasts, we can’t help but love a good restoration. However, when we see something that has been brought back to factory spec, we might be torn on whether it will be a good idea to modify the ride or not. Sure, seeing a vehicle in its original trim is certainly a treat. However, what’s also a treat is seeing an old-school ride that has been given a facelift and maybe a little bit of a twist in the timeline.

It wasn’t fast and definitely wasn’t flashy but it got its owner to the job site and back all while doing a little bit of heavy lifting in between.

All of these years later and by most standards, what was under the hood of the F-100 would definitely be seen as relatively tired.

Therefore, in this particular case, an off-road company grabbed hold of such an F-100 and transformed the truck into a mild PreRunner style build.

Unfortunately, though, with the initial build on the machine, it was rolled over in the desert. While plenty of truck lovers would yank off some parts off of their rolled-over rig and call it a day, that wasn’t exactly the plan for this beast.

Instead, the truck was turned into an even bigger monster. This time, the V8-powered F-100 PreRunner features a small block 427 that used to live life as a 351 Windsor. It also has features the likes of a C6 3-speed transmission and a variety of other trophy truck components that really make it a blast off the beaten path.

By following along down in the video below with the in-depth feature from AutotopiaLA, we get a really good idea of what an F-100 at the top of its game looks like.