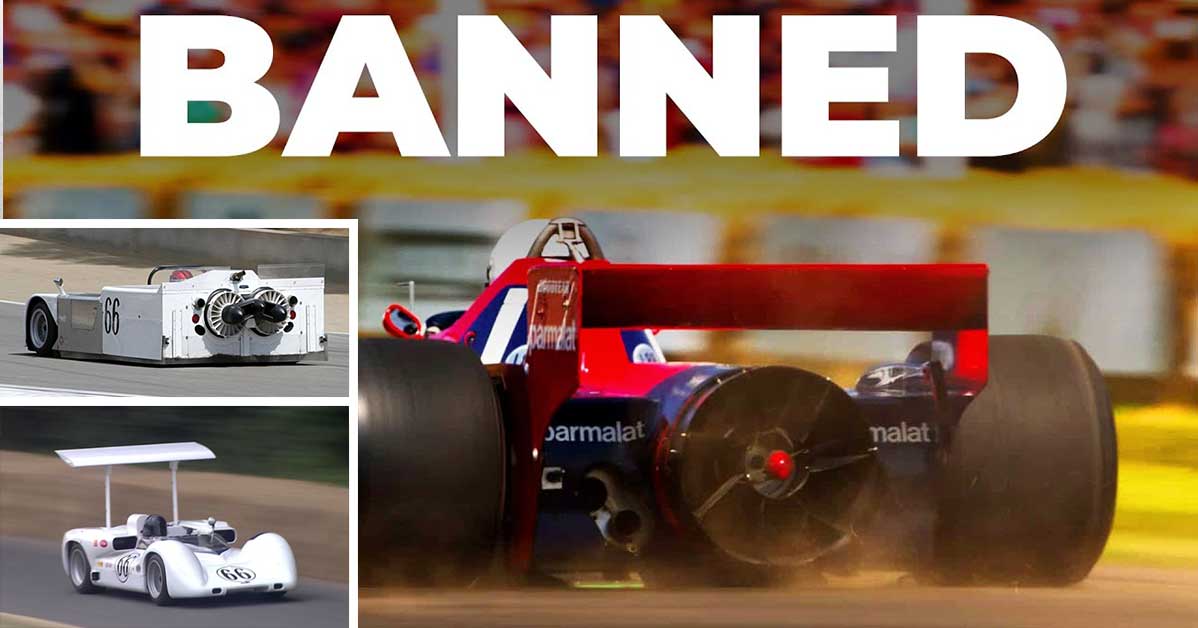 When it comes to racing, let’s just say that there is a way to be too good at putting together a competitive car. No matter what body of competition we’re talking about, there’s going to be a rulebook. This rulebook dictates what exactly every team is allowed to do down to hundredths of an inch of adjustment, at times.

With that, we wouldn’t necessarily call it cheating but teams will do everything in their power to push the rules where they can. If something isn’t explicitly stated as being against the rules, teams will take advantage of that and this can sometimes mean that the sanctioning body will have to reconsider their ruleset.

Even though these cars didn’t make it very long in competition or were simply cut off for one of the previously mentioned reasons, they would eventually become the things that legends are made of. These are the cars that fans talk about for decades to come.

Down in the video below, we check in with some of the most storied race cars to have ever put tires to asphalt. Some of these machines have really proven to be the most dominant of all time in their respective classes. At the end of the day, stories like these are really what goes a long way toward making racing as great as it is. Who knows just what kind of creative contraptions will be thought up next and will eventually end up on the list of cars that were so good that they eventually ended up getting banned?

« Uber Driver Crosses Flooded Causeway, Will do ANYTHING to Complete the Fare