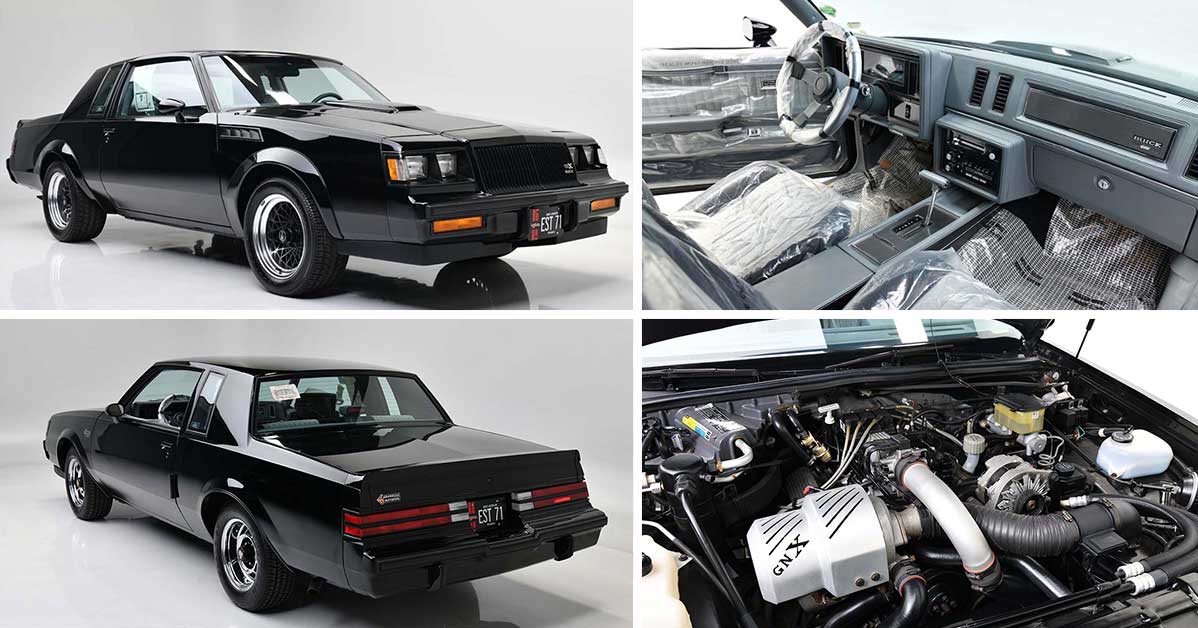 Back in the 80s, we would see a phenomenon come to life that was far ahead of its time. At the time, the turbocharged Buick would bring together a niche following. However, had it released maybe a couple of decades in the future, this thing would’ve been the biggest hit in the performance community.

All of these years later, though, there is a rather large portion of folks who have grown to appreciate what Buick did in the late 80s. If you don’t believe us, be sure to check out your local classified section because the prices are starting to trend upward.

This time, we check out one auction that features one of the most pristine Buick GNX examples in existence. With just 8.5 actual miles, one 1987 GNX managed to sell for a final hammer price of $275,000 at Barrett-Jackson in Las Vegas.

The car is number 480 of 547 created for the 1987 model year and even still has the original plastic covers on the seats. After being sold by Ralph’s Buick in Mena, AR back in 1987, the car was showcased in the display area of a Texas business before eventually being put away in a temperature-controlled display and never driven again.

Since then, let’s just say that the value has certainly taken a hike as this thing is worth more than a house, even in this hot real estate market!

Down in the video below, we get an up-close and personal look at the machine that definitely is a showstopper. On one hand, we kind of feel a little bit of secondhand guilt, knowing that this car has only seen 8.5 miles. On the other hand, though, we can’t help but think that this is one of the coolest things we’ve ever seen!  How often does someone get to buy a brand new car from 1987?