As automotive enthusiasts, most of the time, when purchasing a vehicle, the long-term ...

As automotive enthusiasts, most of the time, when purchasing a vehicle, the long-term value isn’t something that we generally think much about. In fact, as many of us think about modifications, we are likely going to willingly throw away money when following through. Modifications and cool cars might be fun to own and all but in the long term, nobody ever accused the car hobby of being one that’s financially productive.

Even though depreciation isn’t at the forefront of our minds when buying something cool, it would be pretty nice to have a vehicle, though, that really overcomes the tendency to depreciate.

We can’t help but almost be in physical pain when we hear about how quickly some vehicles start to lose their value. This is especially prevalent in a luxury car market, depending on which brand you’re buying from. In this market, we see tens of thousands, if not hundreds of thousands of dollars, shaved off of the MSRP of some of these machines within the first couple of years of their lives.

As it turns out, though, the luxury market isn’t the only one that’s going to suffer from a little bit of depreciation. Instead, the pickup truck market is also one that depreciates at a pretty decent clip as well. In fact, according to the video below from Modern Muscle, pickup trucks are set to average a decline in value of about 44.1% over the first five years of life.

By following along with the flick below, we learn a little bit about what makes some trucks depreciate so quickly. While the pickup truck does seem to be a pretty decent investment in the scheme of vehicles when it comes to depreciation, there are some names that you might want to look twice at.

This one gives us nine trucks that depreciate like a stock market crash. 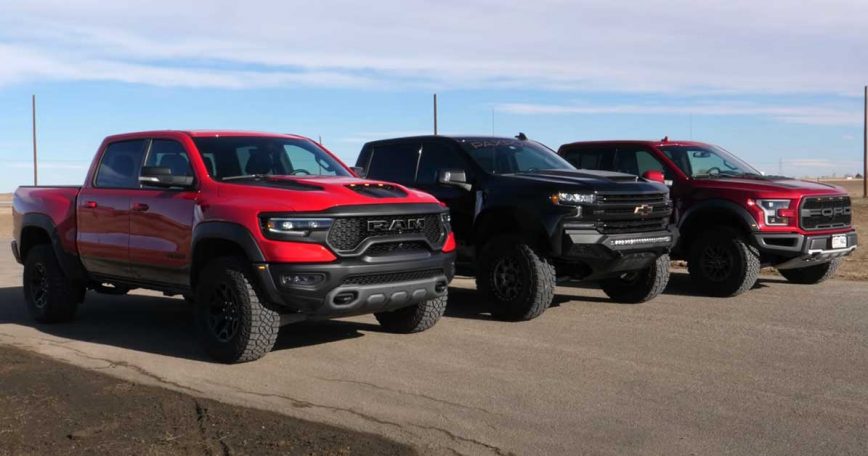