Absolutely Nasty No Prep Chevelle Hits the Dyno at FuelTech 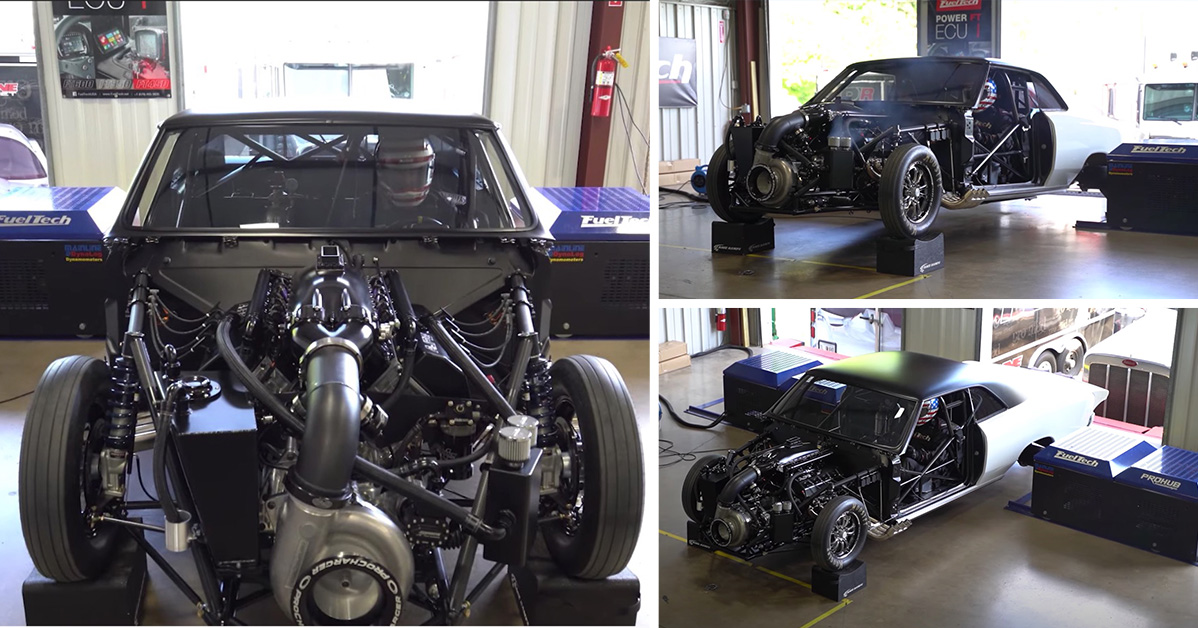 When a machine hits the dyno at FuelTech, you can bet that it’s going to be something worth writing home about. FuelTech hosts some of the most impressive machines and competitors in the racing business and this time, we dial ourselves in with a machine that is certainly no different.

At the heart of Craig Shefchick’s 1966 Chevelle, we find a ProCharger aided Hemi that also has a little help from the FuelTech FT600 EFI System and FTSPARK-8. Some of the details of the car, though, including the final horsepower numbers, are kept under wraps here. That’s kind of the nature of the beast with a lot of competitors, especially those who like to roll their rides on the no-prep scene.

However, it wouldn’t exactly take an engineer to tell that this machine is an absolute monster. One look over the old school Chevrolet and we can tell that some incredible attention to detail has been paid as the build features some pretty awesome components. This is one car that we certainly wouldn’t want to run into out in a dark alley as it is so mean and really seems to have quite a bit of bite.

When push comes to shove and that throttle cracks open, you can definitely tell that the Chevelle means business. That scream is one that could be heard from several counties over and we would imagine strikes a little bit of fear in the opposition. Not only does the car sound the part, though as it lifts up on the rollers, simultaneously sucking all of the air out of the atmosphere with that violent ProCharger. It also looks like the part as well as this thing is so clean you could eat off of it.

By following along with the video below, we get to check in with the Chevelle that really is the total package.

« 200 Dropped Wallets Test Most and LEAST Honest Cities in America