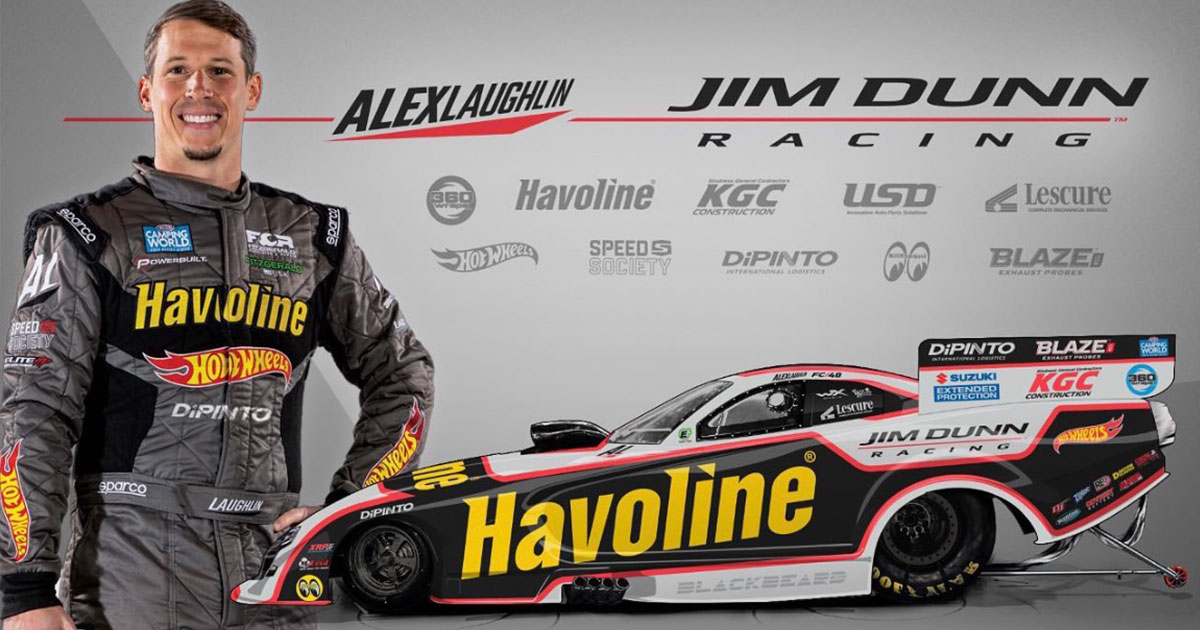 For the upcoming season, there will be a new driver for Jim Dunn’s Nitro Funny Car. That driver will be Alex Laughlin as the racer took to social media earlier today to tell the world.

The NHRA’s YouTube channel caught up with Laughlin at PRI in Indianapolis to get his reaction to the big news for the upcoming racing season. Laughlin said that he was “eternally thankful” to align with such an iconic team.

He also took the time to point out that 2023 will be the first time in his career that he will be able to race from start to finish with one ride. In the past, Laughlin says that finding funding has been a bit of a struggle as he has held positions behind the wheel for several teams in different classes over the past couple of years. This upcoming season, though, we will watch as Laughlin has his first opportunity to fight for a season championship and it’ll be behind the wheel of an impressive rig.

Perhaps, this might even be Laughlin’s best chance at success as he’s stepping into what looks like a well-oiled machine. The team was said to have put together a ride that would deliver its prior driver, Jim Campbell, a career-best. Therefore, it would reason to think that there’s no reason Laughlin wouldn’t have a good chance at doing exactly the same. The driver has put together an impressive string of racing thus far in his career and he will look to continue the trend behind the wheel of a storied machine.

When asked what he’s most looking forward to, Laughlin told NHRA that he just wants to hit the gas for the first time. As we look forward to the upcoming racing season when the snow finally melts, we can certainly feel that answer in our bones.

The action kicks off in March as the NHRA finds its way to Gainseville, Florida for the storied Gatornationals March 9-12.