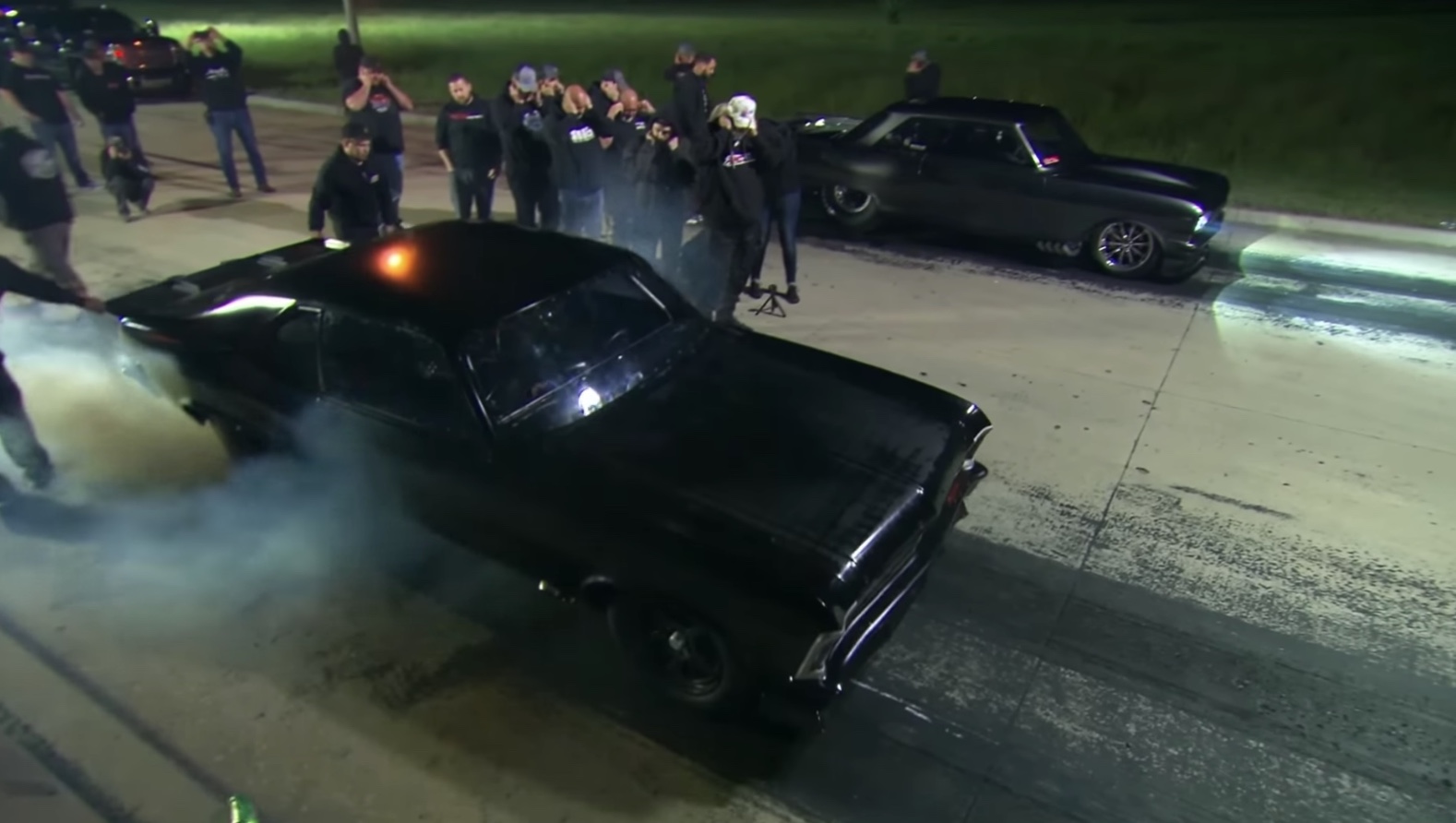 One of the things that can be easy to forget about competitors that fans see on Street Outlaws is that in they’re pretty much all operating with constant evolution going on in the background.

Sure, some of the fastest competitors might maintain their position at the top of the mountain. However, even they are switching out parts and trying new things in the name of being as fast as they possibly can on a night-to-night basis. The crazy part is that, as hard as the top competitors work, there are probably some people down the leaderboard who are working twice as hard in the name of playing catch-up.

This time, we check in with a duel between M*rder Nova (Shawn Ellington) and Daddy Dave that was incredibly close. Coming into the race, Ellington had been struggling to go fast and doing everything that he could to get there.

Ahead of this particular competition with Dave, he says that he “put more power in this car than I’ve ever had,” basically meaning that this thing had high potential to go like a rocket ship or blow the tires off, basically handing over victory without a fight.

Fortunately for viewers, the result was the former as that sinister black Chevrolet Nova absolutely took off like a rocket. In fact, even though Ellington got the jump off of the line, Dave managed to get out a little bit ahead of him. However, after Dave had to lift a little bit, Ellington was realing in Dave’s Goliath Nova incredibly quickly. The result of the finish line came down to the separation of one bumper.

We won’t spoil the surprise for you but instead invite you to check out the video below.

Perhaps the best part of this whole thing isn’t the win or the loss but instead the exchange that these two friends had at the end as they were as giddy as a couple of kids on Christmas about the awesome race that they just had.

« Sometimes, the Car With the Parachute is Kinda Quick