Sometimes, the Car With the Parachute is Kinda Quick 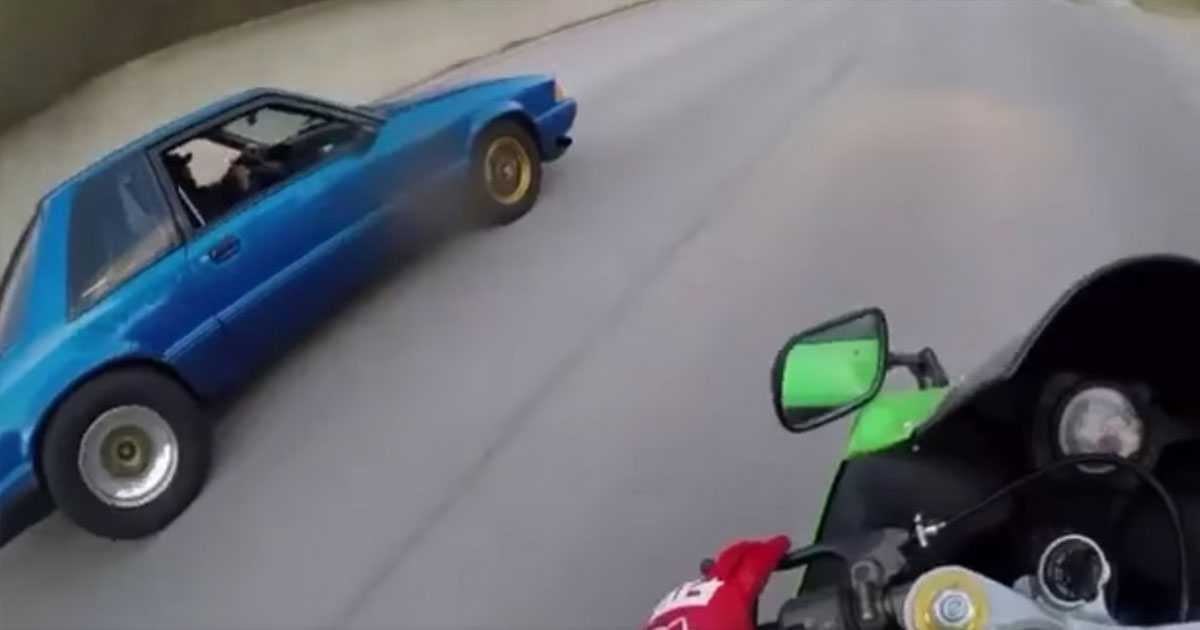 For those among us who like to drag race, perhaps getting into a little friendly entanglement with another motorsports enthusiast on the highway, there is something to be learned pretty early on. If someone with a motorcycle wants to race you and you just so happen to have four wheels, it’s probably best to avoid that situation if you don’t know your way around the block. In most cases, even an unmodified motorcycle is going to be a hearty handful for most of the machines on dealership lots these days.

With a lack of weight and a decent amount of power, motorcycles can tend to outrun the majority of cars on the street. However, every once in a while, even some of the quicker bikes will run into a car that they just don’t have enough power to overcome.

This time, we ride along with a motorcycle rider who we would probably guess does his fair share of handing out losses to unsuspecting competitors who think they can take on a bike. However, in this particular case, the motorcycle rider in question pulls up on a Ford Mustang that just so happens to have a parachute hanging off of the back of it.

Now, just because a car is equipped with the safety equipment to help slow it down after a drag race doesn’t necessarily mean that it’s going to be that fast. Sure, this is probably a pretty good indicator but there are a lot of cars out there that just barely meet the requirements for a parachute or have owners who want to look cool without actually needing to use this sort of equipment.

In this case, though, it’s very clear that the parachute is incredibly necessary. After the bike pulls up on the Mustang and gets the driver to engage in a race, the car moves out so quickly that it’s almost hard to believe our eyes. One second, the race is initiated and the next, the Mustang is nearly gone from sight.

As the caption insists, sometimes, that car sporting the parachute is going to be kind of quick.