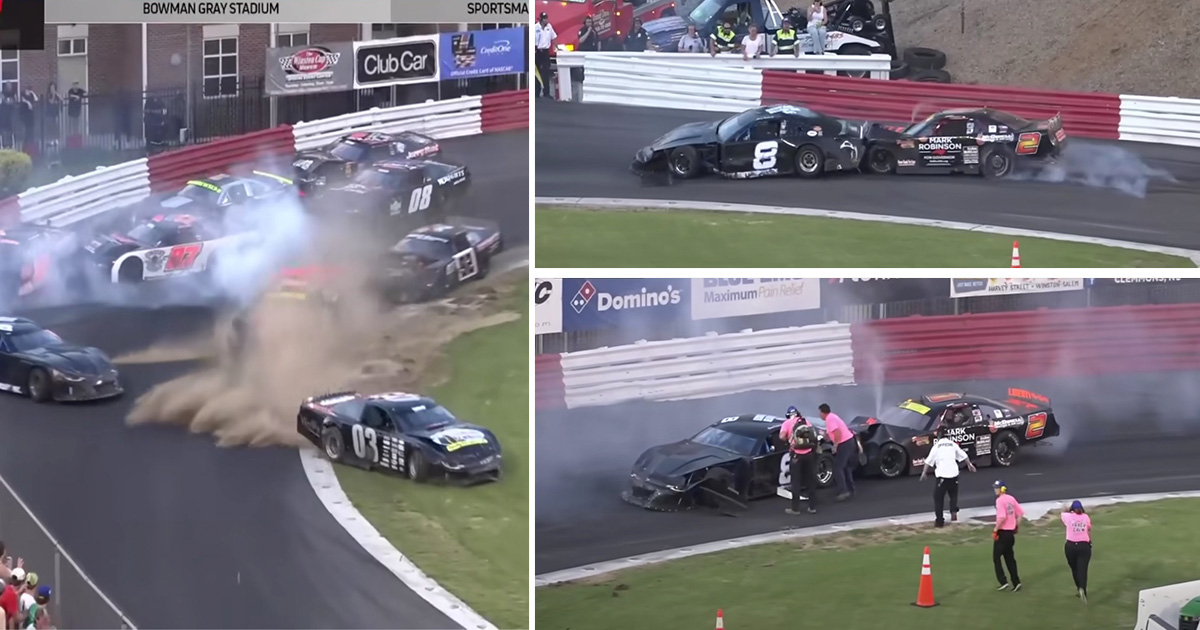 When it comes to circle track racing, things can certainly have a way of escalating to emotional mayhem within moments. One second, everyone’s battling it out for position and the next, one driver makes a move that another driver sees as them stepping out of line and doing something overly aggressive. From there, who really knows what’s going to happen as we have seen all sorts of different reactions to such a situation.

In this case, we head to Bowman Gray stadium to check in with an incident that went down between racers Casey Kepley Jr (number 8) and Amber Lynn (number 2).

Following an incident that spun Kepley Jr around, the driver would attempt to get back into the pack of cars moving past him. However, in a move that wasn’t so good in hindsight, Kepley would end up trying to squeeze himself right in front of the machine driven by Amber Lynn.

Generally, as one announcer points out, when a driver spins out, the etiquette says that they should sit there and wait until it is entirely safe to find their way back into the lineup. As we see here, when Kepley failed to do so and would cause an accident in the process as Lynn, in the 2 car, plowed right into the 8.

It’s kind of hard to say who really started the shenanigans after the accident. What we do know, though, is that these two most certainly had it out as they weaponized their vehicles to try and do as much damage to the other as possible.

From what we can tell, it looks like Lynn was coming hard after Kepley when he hit the brakes. This caused a collision which then prompted Kepley to throw his car in reverse and smash into the number 2 car. Amber then decided to put the throttle down and repeatedly smash her competitor, doing a burnout in the midst of it all.

When all was said and done, the drivers exited their cars and left the racing surface. What was left behind, though, was quite a bit of carnage from an accident that we would say was pretty avoidable in the first place.