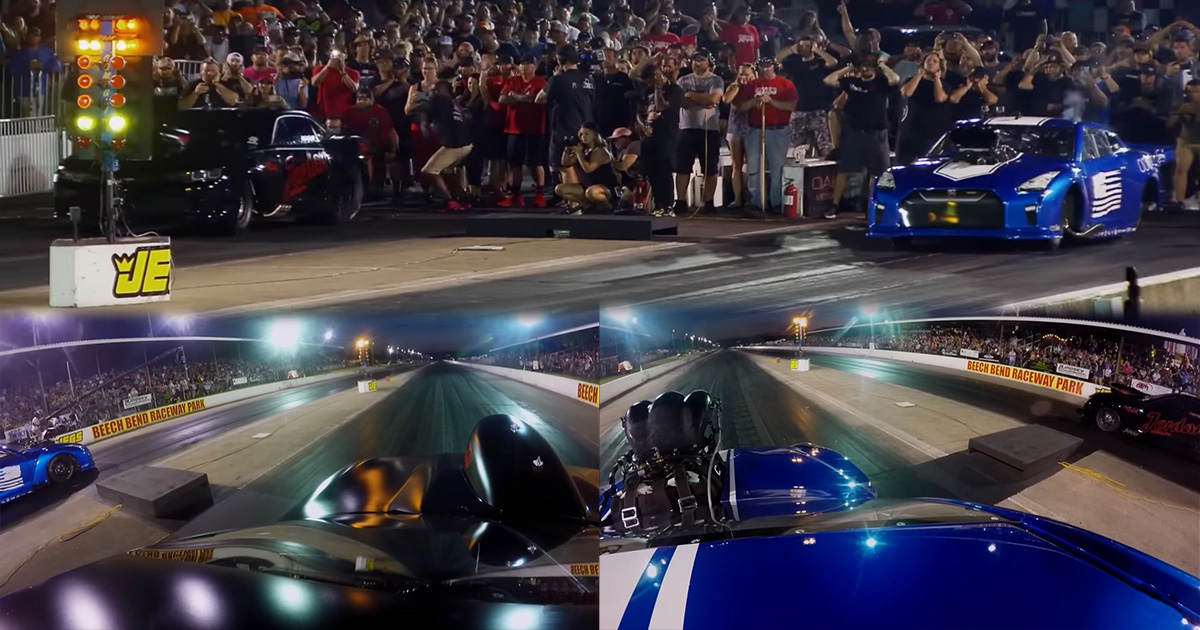 When drag racing fans converge on a No Prep Kings event, those more familiar with the series probably have an idea of who is going to win each race. Of course, as is the case with any other form of sport, there are going to be a couple of racers on the premises who are the favorites. With names like Ryan Martin, Kye Kelley, and Daddy Dave, we have almost come to always expect the win light to illuminate in their lane, that is unless they are racing one another.

However, the whole point of the action is that race doesn’t happen on paper. Sure, one driver might look dominant but when push comes to shove, they need to be able to put it all together when the pressure is on in order to make it to the finish line first. Being able to gain an advantage in the betting odds isn’t how winning happens in any form of sport.

In this particular instance, we check in with a race between Kye Kelley and John Odom. Coming into this pass, Kelley was second in the points standings and most certainly one of the fastest competing in the No Prep Kings series. In the next lane over, Odom doesn’t quite have the experience or name equity that his competitor does. On top of that, while being a car that might break the internet with its looks, his Nissan GT-R wasn’t exactly a machine that was fully flushed out as it was still a relatively new build at the time of the race.

With $40,000 on the line, the semifinals race might’ve been in the bag for Kelley as far as fans were concerned. However, this one just so happened to be one for the underdog. The video below shows the unexpected upset that Odom reigns supreme on this particular night. It also showed Kelley exhibiting a high level of class, as always, which makes him the respective competitor that he is.

« Big Chief and Chuck Have an Epic Meltdown in Heated Argument