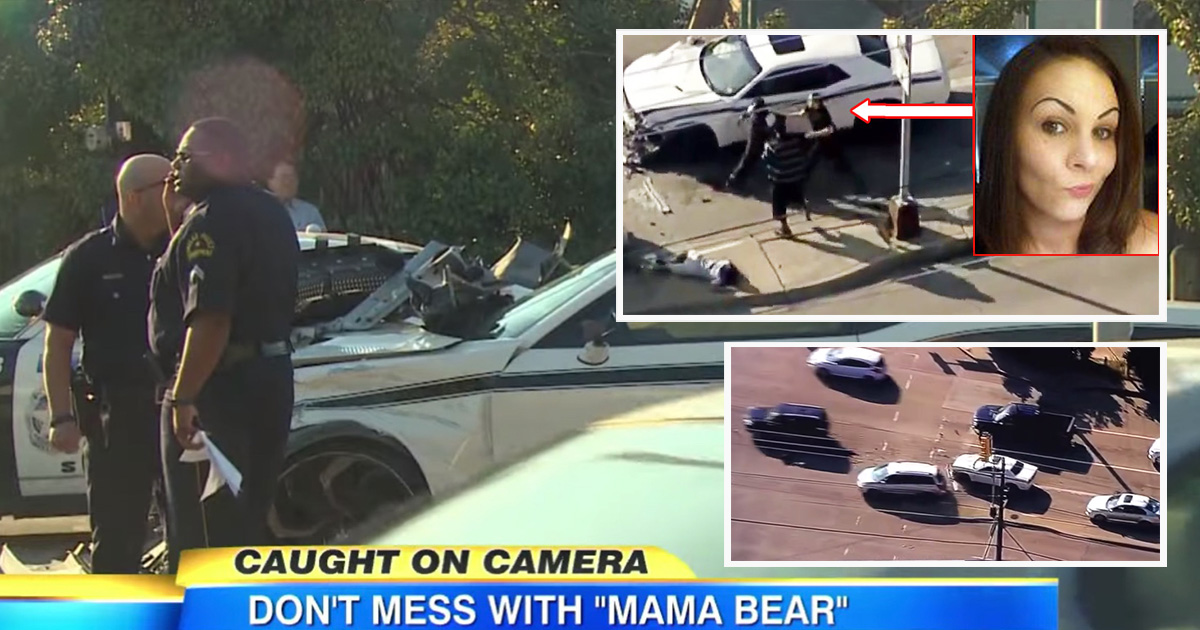 I’m no psychologist. I just write about cars.

However, even I know that there is a very special connection between mothers and their babies in nature. We all know that if you mess with the baby bear, you had better be ready for mama bear to be in the vicinity and be incredibly angry and protective. This phenomenon seems to spread over to humans as well, especially when we take a look at a clip that recently went viral.

After a high-speed chase in Dallas, TX, we would see an angry mama bear come to life. After the person running from the cops in a Dodge Challenger approached an intersection and slowed down, the car would collide with a couple of others. One of these vehicles, a minivan, contained a now angry woman who presumably was acting in the best interest of the people in her van and probably was seeing her fair share of red as well.

After the Dodge collided with the minivan, the woman hopped to action, doing her best to help police apprehend this individual who was driving incredibly recklessly and putting people’s lives in danger. When the individual attempted to hop out of the car and keep running from the cops, the woman and another bystander did their best to grab the man, holding him in place for police to catch up to apprehend him.

The video footage shot from above is absolutely incredible as these good Samaritans do all that they can to help out the cause.

Just imagine that you get involved in a high-speed pursuit and think that you have a shot at getting away, only to have a woman hop out of a minivan and put you in your place. To whoever this lady is and the other good Samaritan who helped, we salute you!