“Black Plague” Wrecks, Gets Rebuilt in 5 Hours, and Goes on to Win No Mercy 12 (And Sets a Record!) 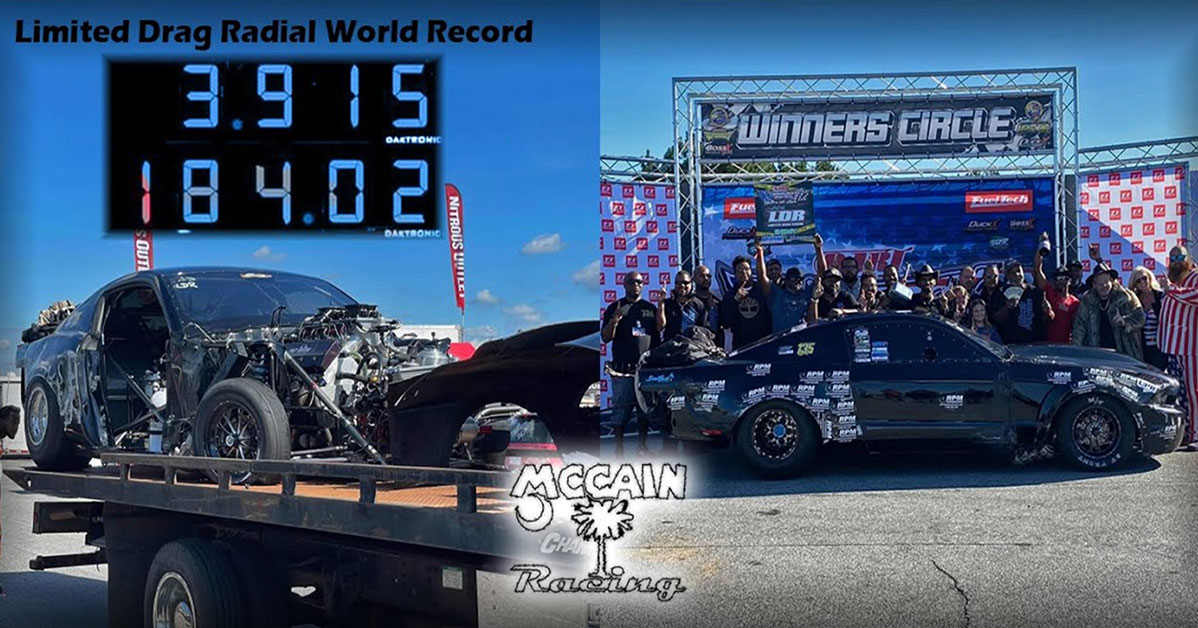 Anyone who has ever spent a good amount of time around drag racing is aware that the sport has a way of throwing competitors adversity from time to time. Whether it’s mechanical problems, accidents, or any other number of a wide variety of challenges, drag racing really has a way of trying your patience and just about every other part of your mental fortitude as well.

This time, we see exactly how that is with the help of a ride that goes by the name of “Black Plague.” As it turns out, Black Plague likes to get a little bit rowdy sometimes and as such, the Ford Mustang ended up in a wall at No Mercy 12. This wasn’t just a little kiss with the wall, either. Instead, the car would end up dealing with a substantial amount of damage after it ended up making its way into the barricade.

However, the team behind Black Plague wasn’t about to let the mishap get the best of them. This was definitely a situation where we could see plenty of teams calling it quits and we wouldn’t blame them, either. However, the guys behind this Mustang decided that they were going to do everything that they possibly could, including enlisting the help of a lot of their fellow racers, to bring their car back to life again.

Not only would Black Plague end up making more passes down the track. The car would also end up going on to win at No Mercy 12 as well. By following along with the video below, we get to watch the entire sequence unfold. From a gnarly accident to being rebuilt in five hours and then going on to set a world record and take home victory, this is a story for the ages.

It just goes to show what can be accomplished when someone won’t take “no” for an answer and chooses instead the sport a winner’s mentality.