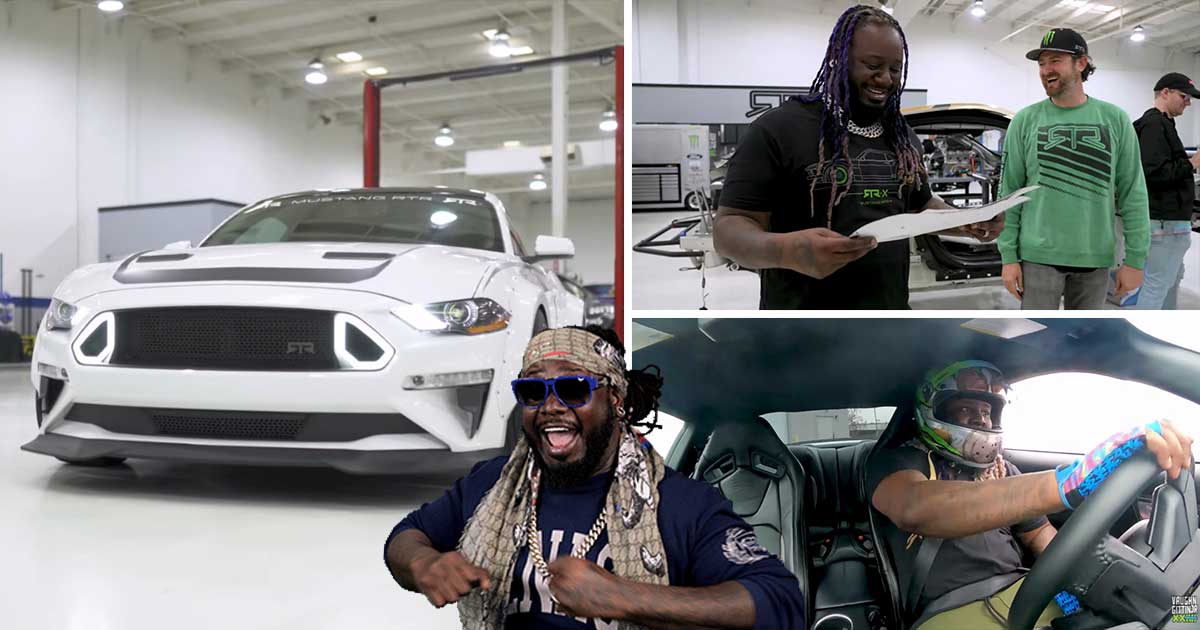 There’s a good likelihood that anyone who grew up in the early 2000s has a fond memory of Faheem Rasheed Najm aka T-Pain. In fact, the thought of his hits like “Buy U a Drank” offers a fond walk down memory lane.

These days, Najm can still be found in the studio. As it turns out, though, a new wave of popularity has found its way to the artist in a different form. This new wave is a little bit outside of the music industry in the form of automobiles. From what we’ve seen on YouTube, Najm has actually picked up a passion for drifting and has the awesome cars to prove it!

This time, we check in as T-Pain has decided to pick himself up to another new set of wheels. The car is a late model Ford Mustang but it isn’t exactly as it rolled from the factory floor. Instead, he decided to ship the car off to RTR in order to make sure that the machine got a little bit of love.

The way that our host, Vaughn Gittin Jr., describes it, the car is essentially what it might look like if Ford would put out its very own factory spec drift machine. In other words, instead of being a little bit rough around the edges as we see with a lot of drift cars or decked out like a racing car as Gittin’s competitive cars might be, this one allows for a bit of comfort and streetable style to be thrown in the mix.

While the machine might be able to get down to business, it doesn’t make all of the sacrifices that one would normally make with a drift car. In order to take the guided tour with a couple of our favorite people, be sure to check in with the video below!

« Arkansas Cop Being Sued For Using PIT Maneuver, Flipping Over Pregnant Woman’s Car Who “Pulled Over Too Slowly”