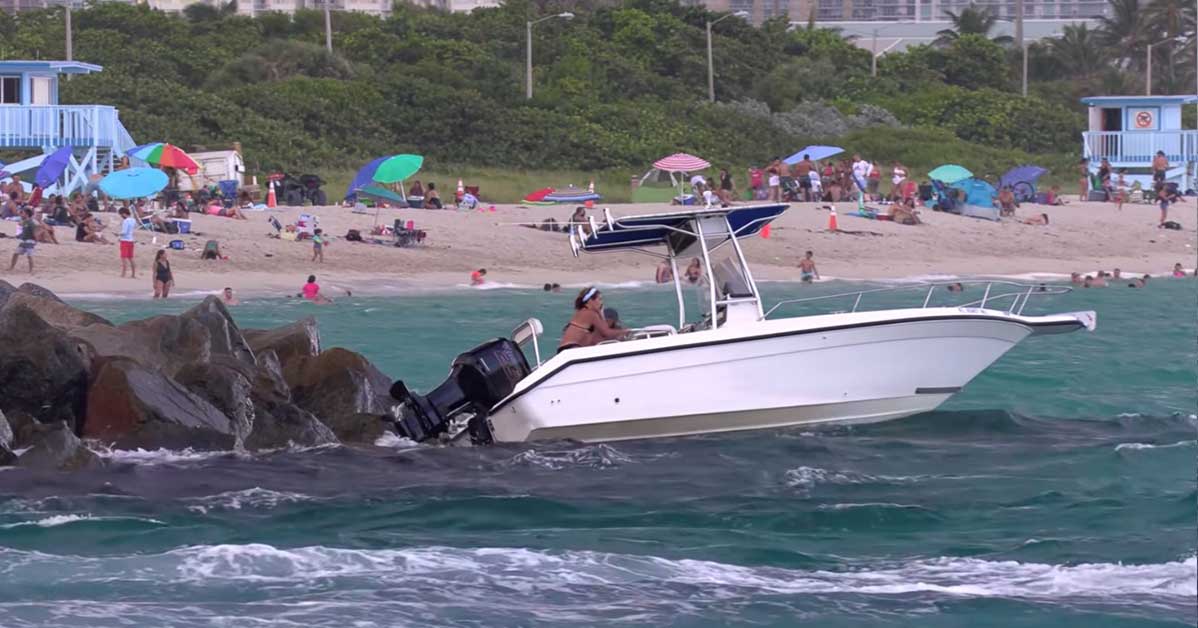 When taking a boat out into the water, there is a lot to consider.

The person behind the controls should probably do a good job of familiarizing themselves with emergency situations and how exactly they might handle those situations. As it turns out, when you’re actually in the middle of an emergency, there often isn’t all that much time left to think about what your next move is. Instead, this is a point in time where action over thought is something that might just be a requirement.

This time, we check in with a situation from Haulover Inlet. The inlet has been known to provide rather insane situations as its rough conditions can really end up evolving quickly. One moment, things can be smooth but the next, wild waves can be encouraged with the help of strong currents and whipping winds. Apparently, on this particular day, the current was strong enough in order to take a boat that appears to have lost power and push it into the rocks.

The scene is quite painful to watch as the captain can do nothing but sit there and watch the vessel smash into the rocks over and over again. No matter what the people on board want to do, they have no choice but just to sit by and wait for help to arrive. In the meantime, that boat is certainly taking quite an astonishing beating.

Luckily, it appears as if a good Samaritan was willing to pull over and help these folks out. It does look like a good amount of damage was probably done to the boat. However, things could’ve been worse if the rescue had taken any longer. We don’t necessarily fault anybody on board for this one as accidents definitely happen and it’s kind of hard to predict when an engine is going to go out!