Breaking Down Why T-Tops Randomly Disappeared From Car Culture 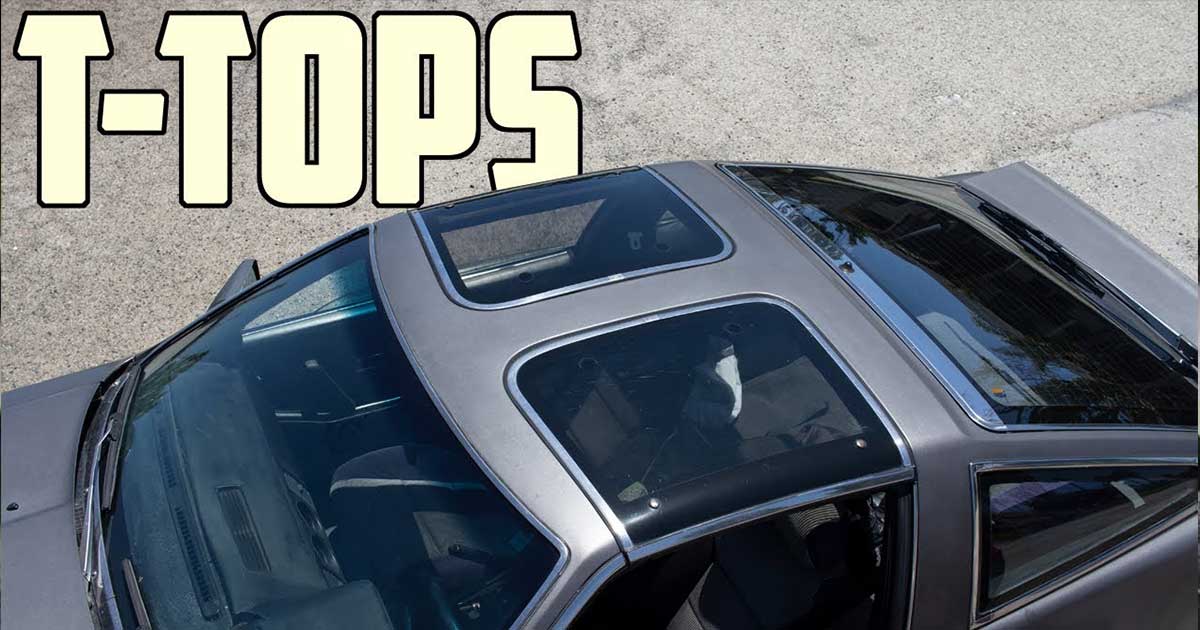 What’s the first thing that comes to mind when you think of t-tops? That’s right, leaking. There’s just something about that rubber seal surrounding a set of t-tops that almost never seems to work out properly in the long run.

All jokes aside, though, what is it about the staple from the 1980s and 1990s that made it fall off of the face of planet earth all of a sudden? I mean, sure, leakage was a real problem but is that a problem that couldn’t have been fixed to help the design carry on into the modern day if people really like them? I would think that if we have a device in our pockets that holds all of the world’s info, engineers could’ve figured this one out.

Sure, trends come and go but the way that this one vanished into thin air for seemingly no reason at all is just a little bit mysterious when we look back on it all of these years later.

This time, we tune in with YouTube creator, Shooting Cars, who dives into exactly that issue. After admiring the design from afar, our host decided to jump into the concept of t-tops, giving us the rundown of where they came from, how much they were loved during their time, and how they eventually went away entirely.

Believe it or not, our host tells us that the design was originally created with safety in mind, delivering a little bit more structure than a convertible might. While there is no official reason outstanding as to why they went away, he does offer up a couple of interesting points that might make you think just a little bit.

In any case, the video below will deliver more about this feature than one ever thought they might know. The video might also have you questioning if t-tops will ever make a return.

« Street Outlaws: Here’s What Happens When a Winner Can’t be Decided