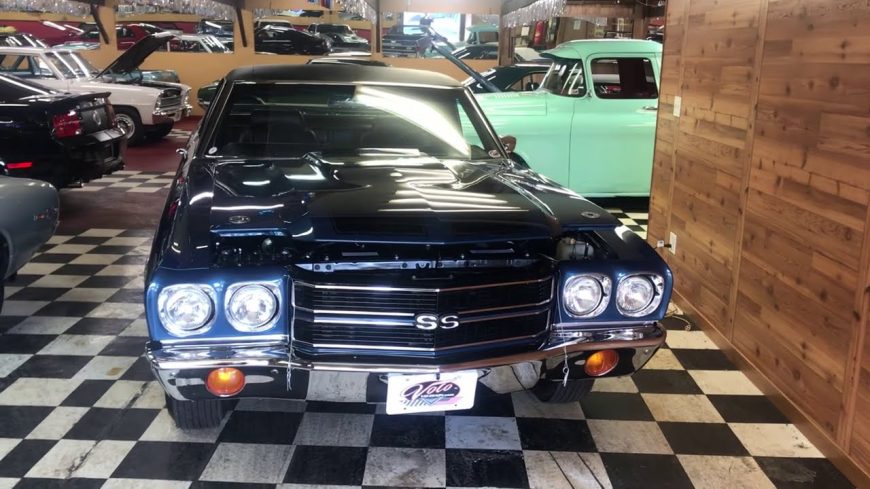 Patrick Glenn Nichols is someone who we would call an expert on classic cars. More specifically, he specializes in Chevrolet machines of the late 60s and early 70s. When we say that, we understand what a lot of people are probably thinking. Yeah, your dad or your uncle probably knows classic cars by what headlights they have and can even spot them in the dark. No offense to whoever you’re thinking of but they probably don’t even come close when compared to Nichols.

Instead, The barn find hunter of sorts who has become popular for locating all sorts of rare and classic cars throughout the country knows literally everything there is to know about these cars. We’re talking about everything down to what finish certain panels were clad in and what years came with certain fasteners on hoses, for example. This is information that 99.9% of even the biggest Chevrolet enthusiasts probably don’t know without deeply looking into it. However, at a glance, Nichols is able to figure out what doesn’t belong under the hood of something like, say, an old school Chevrolet El Camino.

This time, the barn find hunter has been commissioned in order to go over a car and see if it really was as advertised. The El Camino was said to have been listed for $95,000 as a numbers matching car. In other words, all equipment onboard is supposed to be as it was originally when the car rolled off of the assembly line. Anything out of line and the value on the car starts to drop. For the folks who might be a little bit confused by this, it’s kind of the same phenomenon in any form of collecting from trading cards to sneakers or even muscle cars. The more original and in good condition something is, the more it’s worth.

With this particular video, we can’t help but be absolutely blown away as our host goes over the El Camino in question with a fine-tooth comb. It’s incredible to watch as he goes through each and every component, picking out the ones that don’t belong on the car which is especially important when he comes across the big find that really throws up a red flag.

Under the hood, we find an engine that is very close to being the right one. However, Nichols does discover that, while it’s the correct engine, it has been re-stamped as somebody along the way has tried to make this car look like a numbers matching machine when it’s really not.

Down in the video below, we get to watch this tour that is nothing short of amazing as Nichols shows off his encyclopedia-like knowledge.