Can Mark Cuban Tell His College Cars From Sound Alone? 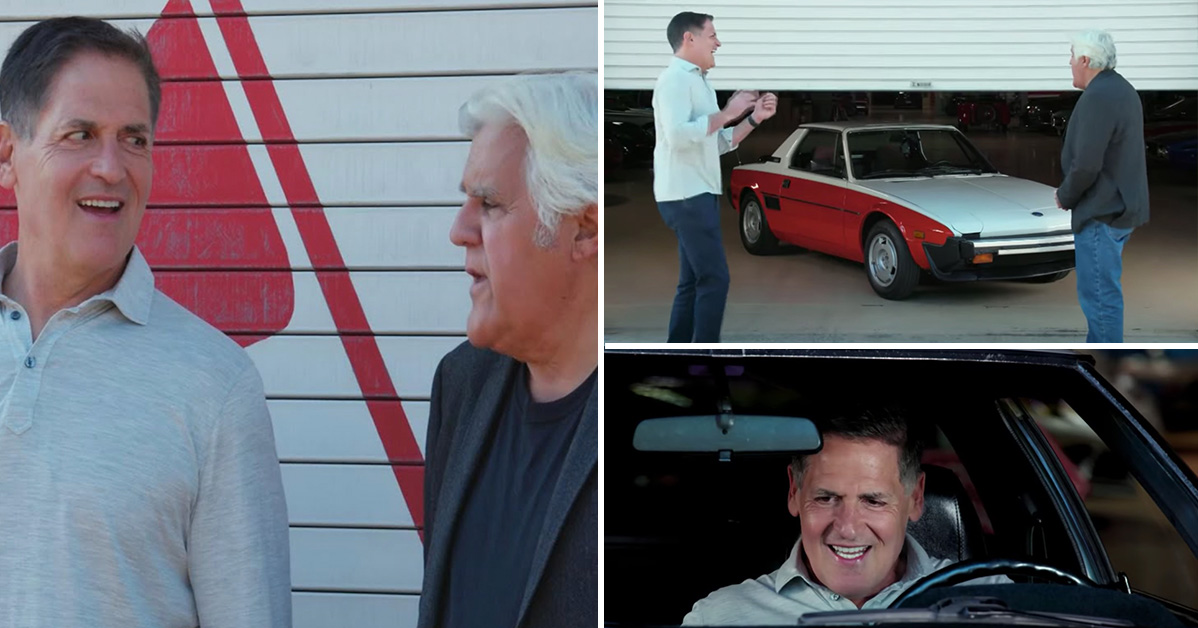 When we take a look at some of our favorite Sharks on the television show, Shark Tank, it could be easy to forget that most of them started from humble beginnings. In the example of Mark Cuban, he didn’t come from money at all. Instead, Mark had to earn his way to the fortune that he now oversees.

With that, we also learned that Cuban has had some rather interesting vehicles over the years. Just like anyone else, it seems like Mark had to struggle with some pretty questionable rides when he was a little bit younger. While these cars might not have been the most luxurious at the time, when we look back on these machines, generally it’s with pretty fond remembrance.

This time, Cuban joys Jay Leno for an episode of Jay Leno’s Garage that has a couple of surprises in store.

Up first, Leno wants to test out Cuban and his ability to identify vehicles by their sound. For anyone who has been around cars for long enough, we begin to be able to tell what a car sounds like from several blocks away. Can Cuban remember exactly what his cars from earlier in his life sounded like, though? It has been quite a while, after all!

Down in the video below, we check in as the pair does a little bit of reminiscing as they’re accompanied by machines like an old-school Mercury Capri, a Mazda RX-7, and even an old Fiat. Each of the cars in question was one that Cuban used to own and drive once upon a time. Naturally, Cuban has advanced in the finance department to the point where he probably wouldn’t be driving any of these around these days. Looking back on the days of old, though, can be a lot of fun!

« Yes, California is Really Banning Gas Powered Lawnmowers and All Other Small Engines