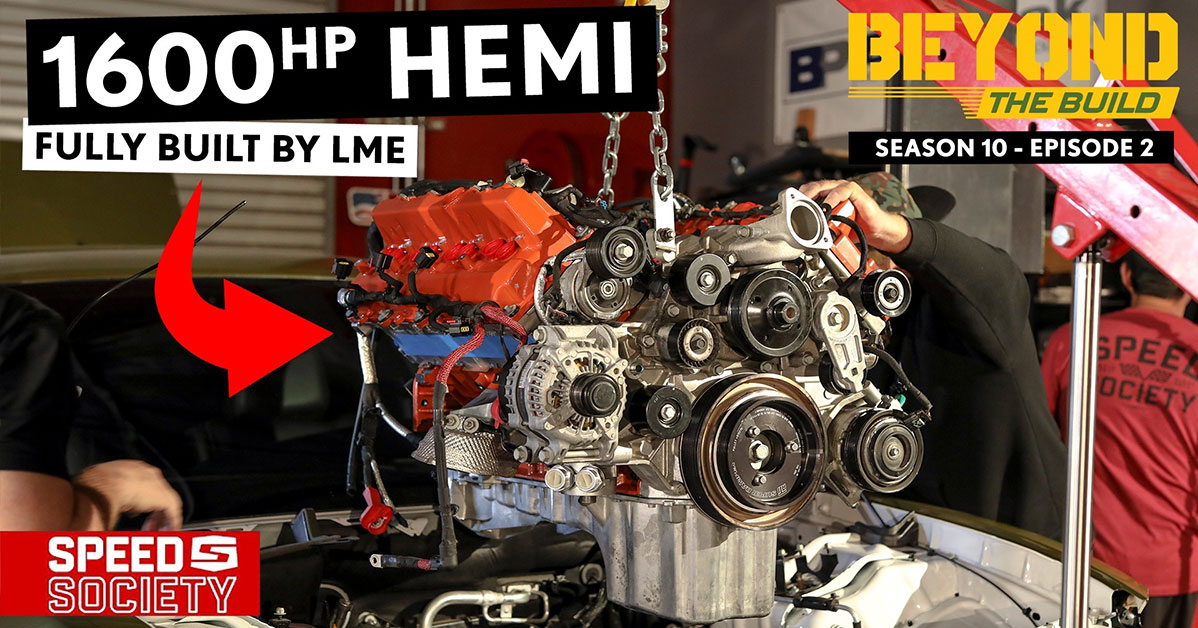 For our current giveaway which you can find by clicking here, we started out with a pretty awesome car. At the base of the build, we find a 2020 Dodge Charger Hellcat which, of course, features a 707 hp supercharged V8 right out of the box.

However, in the pursuit of giving away a car that really stands out from the pack, we couldn’t help ourselves but change one or two things. Ok… maybe we changed quite a few things.

This time, we take you behind the scenes with Speed Society’s Beyond the Build series that outlines all of the upgrades that the Charger received.

As the video kicks off, we address what might be the most obvious change when looking at the car. When the car was delivered, it was white in color but we wanted to change things up to make the muscle machine really pop. This is why the four-door immediately headed off to 360 Wraps in Corona, California where they would hook this thing up with something incredible.

About $10,000 later, the Charger that we call “Sgt. Smash” would now be dressed in a stunning shade of green thanks to an Inozetek film that really made the car pop.

As for performance enthusiasts, though, all those looks mean nothing if the car can’t get up and go.

Even though the 707 hp that the Charger comes with from the factory is substantial, we wanted to take things even further. This is why the next part of the video showcases us unboxing an LME 1,600 Horsepower built Hemi. When we say that we touched pretty much everything on the car, the engine was most certainly no exception as viewers can see.

Down in the video below, you’ll also be able to see the engine going in the car and getting buttoned up and ready for Brenton Brown from Forza Tuning and Performance to come and work his magic on the keyboard in the next episode.

At the end of the day, we’re incredibly proud of this monstrous creation that you can find out how to win by clicking here.