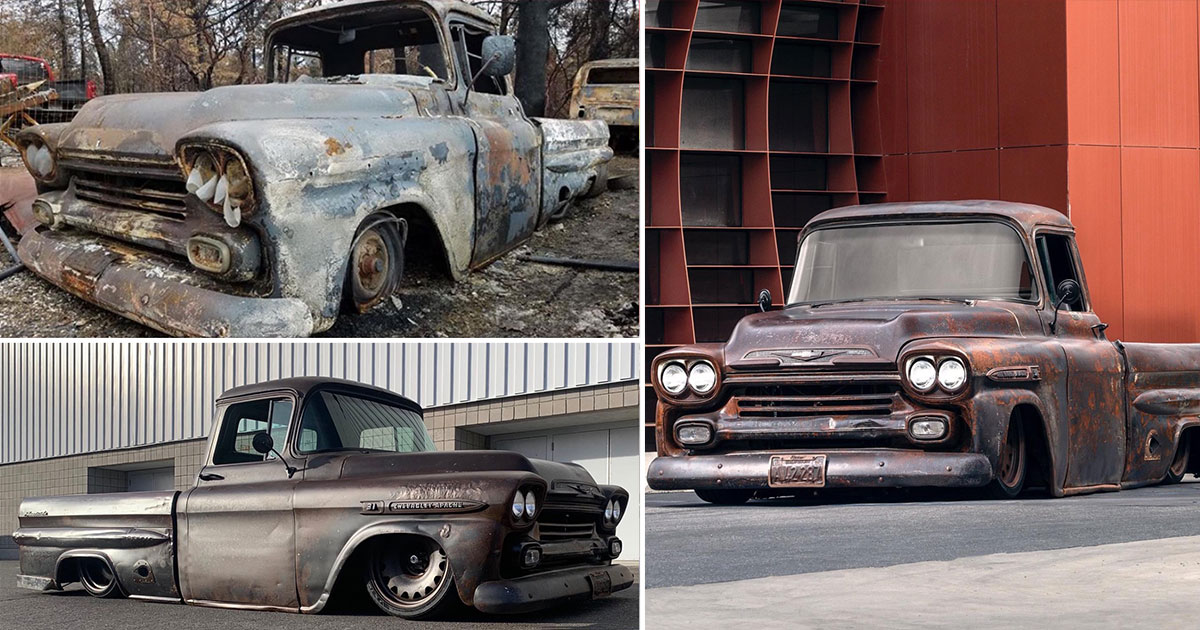 As they say, one man’s trash is another man’s treasure.

When something has been left behind to rot or meet its fate with the elements, it might look like a big pile of junk to most people. However, all it takes is a little bit of vision from one person and a willingness to work for that so-called pile of junk to be turned into something amazing.

This time, we take a look at a 1959 Chevrolet Apache fleet side short bed that certainly found its way into that “looking like a pile of junk” category. In 2018, tragedy struck Northern California with a massive wildfire that became known as the “Camp Fire.” Not only did the fire take out homes and possessions. It also managed to take out human life as well as the fire was documented as the deadliest and most destructive in California’s history.

Left in the wake of the flames, there was plenty of devastation. However, some of the pieces would be picked up again and turned into something amazing.

In this particular video, we check in with the 59 Chevrolet, a victim of the fire, that has received a slew of new parts. Frankly, from what this thing looked like when it was picked up, both our host and the builder say that it’s kind of a miracle that it actually turned out well. However, with the help of parts like a Roadster Shop chassis, air suspension, and an LQ9 from a Suburban, the truck breathes new life once again. In fact, it’s breathing rather well as the LQ9 laid down 490 horsepower on the dyno.

In the video below from AutotopiaLA, we learn a little bit more about this monster of a machine that was nothing more than burnt-up junk that has now been turned into a daily driver. The truck even has its own restomod air condition. It’s pretty neat how the machine also preserved its fair share of patina to remind everybody of the roots that this beautiful restomod came from.