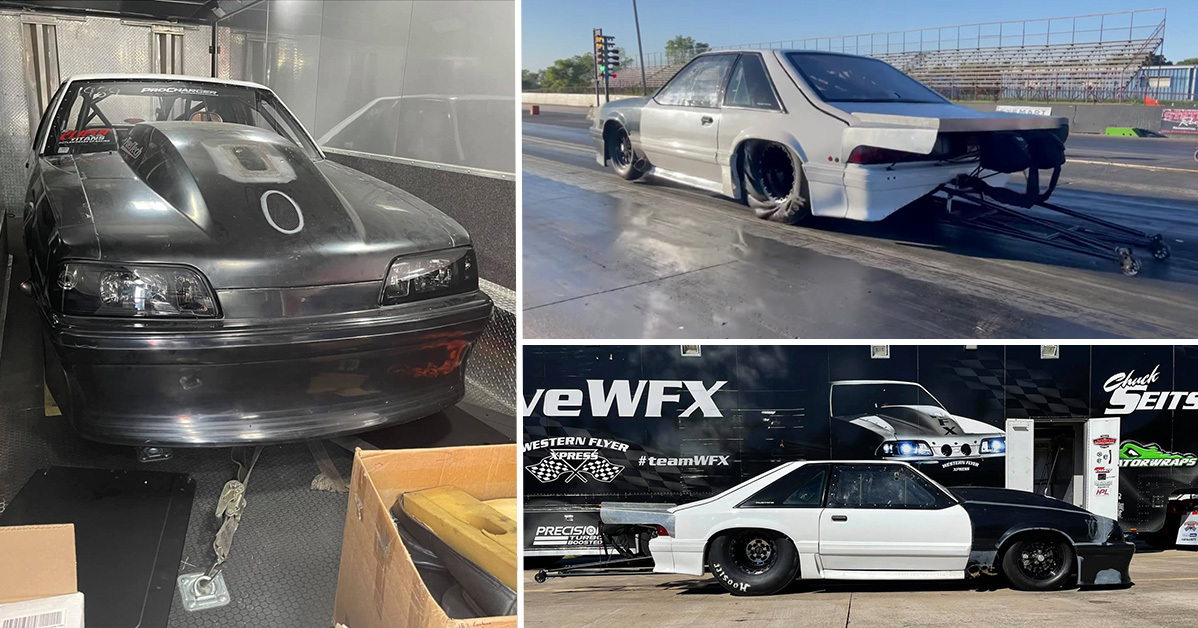 As some of our favorite Street Outlaws get involved in different forms of racing, many have found that it’s a good idea to have more than one car in the stable. With multiple different rides, different setups can be fine-tuned. Instead of swapping a car back-and-forth between different tire sizes and making other adjustments, an addition to the stable just makes everything a little bit easier.

One of the recent fan favorites on Street Outlaws to introduce a new ride is none other than Chuck Seitsinger. Fans know Chuck for his “Death Trap” Ford Mustang. This time, though, we get another introduction that fans will be able to feast their eyes on in person very soon.

While Chuck says that he won’t quite be able to make passes with his new “2nd Amendment” Mustang at No Prep Kings in Tuscon on September 24-25, he does believe that the car will be ready when the circuit heads to Bandimere Speedway in Colorado on October 1-2.

Chuck went to Facebook to announce that he will be rolling out the new machine. Seitsinger says “Well it’s time folks to bring you “2nd AMENDMENT” it’s not done but we tried to make it perfect for you America, we just ran out of time, maybe we can have it wrapped for Colorado, so we are loading up and headed to Tucson and keep working on this new NPK ride, thanks for everyone that had a hand in this thing I can’t thank you enough!”

While the car does look similar to Death Trap, the idea was to be able to run a different combination. Death Trap was originally a small tire car with a small block and nitrous combo that had been updated to fit a big tire. It wasn’t a purpose-built big tire car for no prep and street racing which the new combination will be. “2nd Amendment” will be fitted with a 481x twin-turbo setup and is a purpose-built big tire car.