Daddy Dave Throws Down With Justin Swanstrom at NPK Ohio 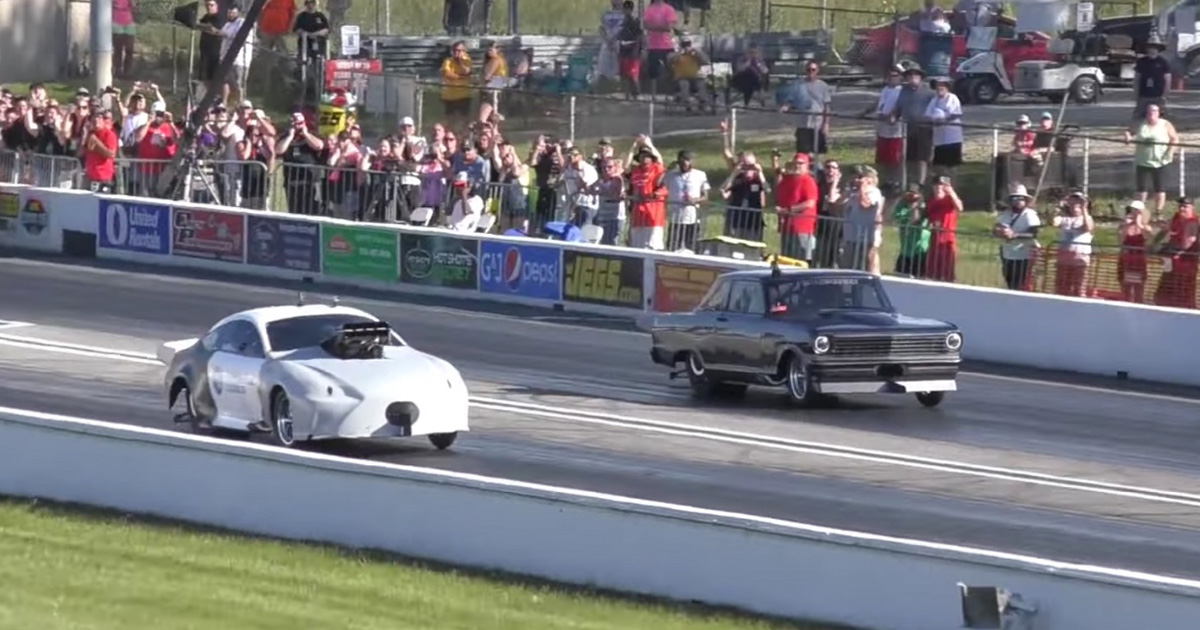 As the summer comes to a close, we’re happy to say that there are still a couple of months of good racing left. With that said, though, we are about three-quarters of the way through the current No Prep Kings season which has graced us with a ton of awesome action to look back on.

This time, thanks to National No Prep Racing Association, we take a trip back to early June to see exactly what was going on with the NPK circuit. This video, in particular, takes us to the scene of the action at National Trail Raceway in Hebron, Ohio earlier this summer. The event that unfolded on the first weekend in June had a ton for fans to really look forward to. One of the main storylines that we think a lot of folks had their eye on revolved around Justin Swanstrom.

At the time, Swanstrom seemed to be having quite a bit of a streak of bad luck. In the event prior to this one, he actually was involved in a pretty catastrophic accident that saw his car taking on heavy damage and even catching on fire. Fans were pretty surprised, though, to see just how quickly Swanson would be able to turn things around, getting the car repaired and making his way to Ohio for the very next event just a few weeks later.

This time, we follow along with the racer as he takes on a couple of very formidable opponents. At first, after a test hit, of course, we watch as Swanstrom goes head to head with Brandon James and his blown Chevrolet Nova. After that, we get to see Swanstrom take on the competitor that some might consider the hardest beat in Daddy Dave. Lastly, Swanstrom finds his way next to the viral Nissan GT-R from Odom Racing to see who has what it takes to push their way to the finish line first.

Down in the video below, it’s nothing but action so buckle up your seatbelt and get ready because things are about to go fast.

« You Can Officially Make Your Ford F-150 A Fastback.