These days, Dale Earnhardt lives on through the legend of what he was able to ...

These days, Dale Earnhardt lives on through the legend of what he was able to accomplish on the race track. Those who have followed closely know that he was very well known for his creative driving style that ended up being a little bit controversial at times. Let’s just say that there was a reason why he was nicknamed “The Intimidator.” Dale definitely wasn’t afraid of making a little bit of contact in order to gain position on Sunday.

While many racing fans have an idea of what made Earnhardt great, there are certain situations that just stand out as some of the most impressive.

This time, we check in with one of those very spots that shows exactly why Earnhardt might be one of the greatest competitors to ever live.

We definitely wouldn’t encourage athletes to play or race injured. However, one of Earnhardt’s greatest moments shows something that we just would absolutely never see today in racing or any other sport. With one particular maneuver in the 1997 race in Daytona, Earnhardt absolutely stunned everybody on the premises from the fans to the reporters and everybody in between.

After a crash that was considered gnarly by just about any account, Earnhardt would end up in the ambulance on the infield. It’s standard protocol after any sort of incident for the driver to get into an ambulance and make sure that all of their vital signs are operating properly. What isn’t standard protocol, though, is for the driver to run back to the car and try to get back into action after the car flipped over.

In any case, that’s exactly what Earnhardt decided to do this day.

After getting checked up on by the medical staff, Dale would run back to his tattered car to see if it would start again. Even though the machine was hooked up to the back of the wrecker already, Earnhardt decided to jump in and continue the race. He would head to pit road where NASCAR officials decided that the car needed a spoiler so the team will do everything they could with a roll of tape in order to make that happen even though the trunk had become completely detached from the car.

Miraculously, he was able to finish the race. 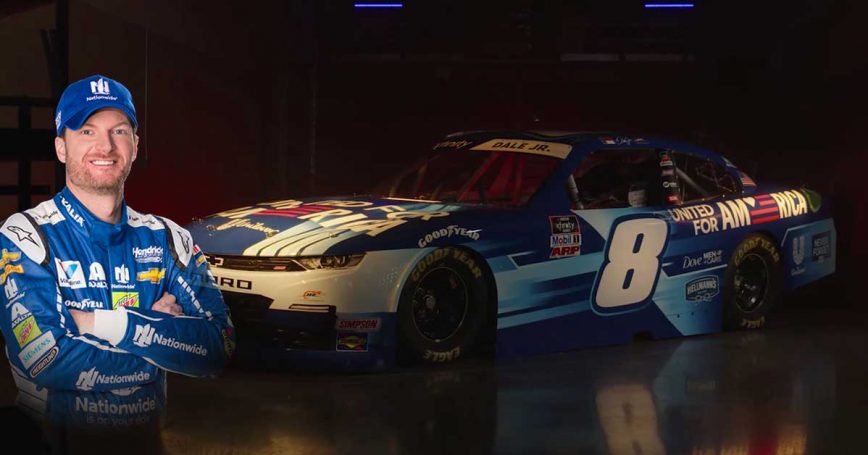