In a recent podcast episode of Bussin’ With The Boys, Dale Earnhardt Jr. took ...

In a recent podcast episode of Bussin’ With The Boys, Dale Earnhardt Jr. took the opportunity to open up a little bit about his life and career. Naturally, Junior rose to his own version of fame. However, in his younger years, a lot of eyes were on his dad, Dale senior.

In the podcast, Junior outlines years of growing up and studying exactly what his dad did behind the wheel. He says that it wasn’t exactly a foregone conclusion that he would end up behind the wheel of a race car. However, when he eventually did hop behind the wheel, everything seemed to click.

Eventually, Junior outlines an exhibition race in Japan that took some of the Cup drivers and some of the Xfinity Series drivers overseas to compete against one another. As it turned out, Dale Junior and Dale Senior ended up in a tight competition in the final laps. While Junior’s car was a little bit faster because of fresh tires, it turned out that dad didn’t exactly give him the courtesy of getting out of the way.

Instead, the two would get wrapped up in a little bit of contact. Junior says that the contact would actually lift his rear tires off of the ground and take him out of control for a moment. Eventually, though, dad would back off of the throttle and Junior would take off to the first race that he ever placed above his father.

Following the event, it seems as if Junior wasn’t wise to exactly what emotions his father was processing. Therefore, he wasn’t ready when dad took off one of his shoes and flung it at his son’s head. It’s an incident that he says was never spoken about after the fact and definitely, one piece of Dale Earnhardt lore that we can’t help but be fascinated by 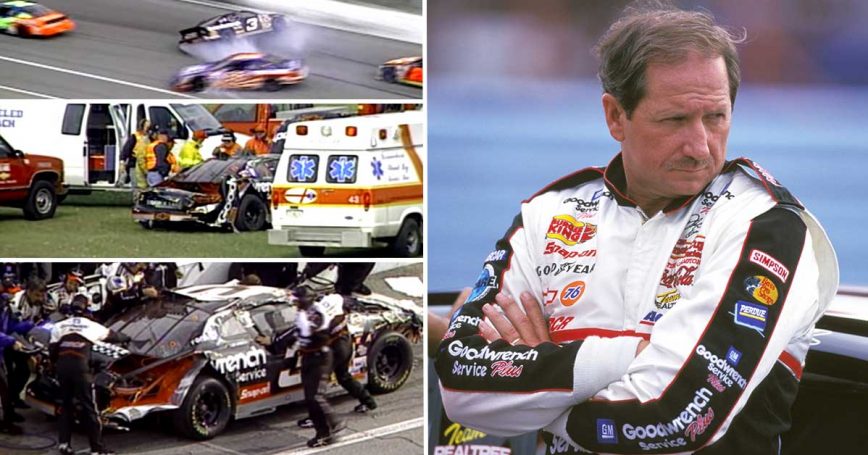