Dale Jr. Was Mic’d up For His Return to NASCAR Competition 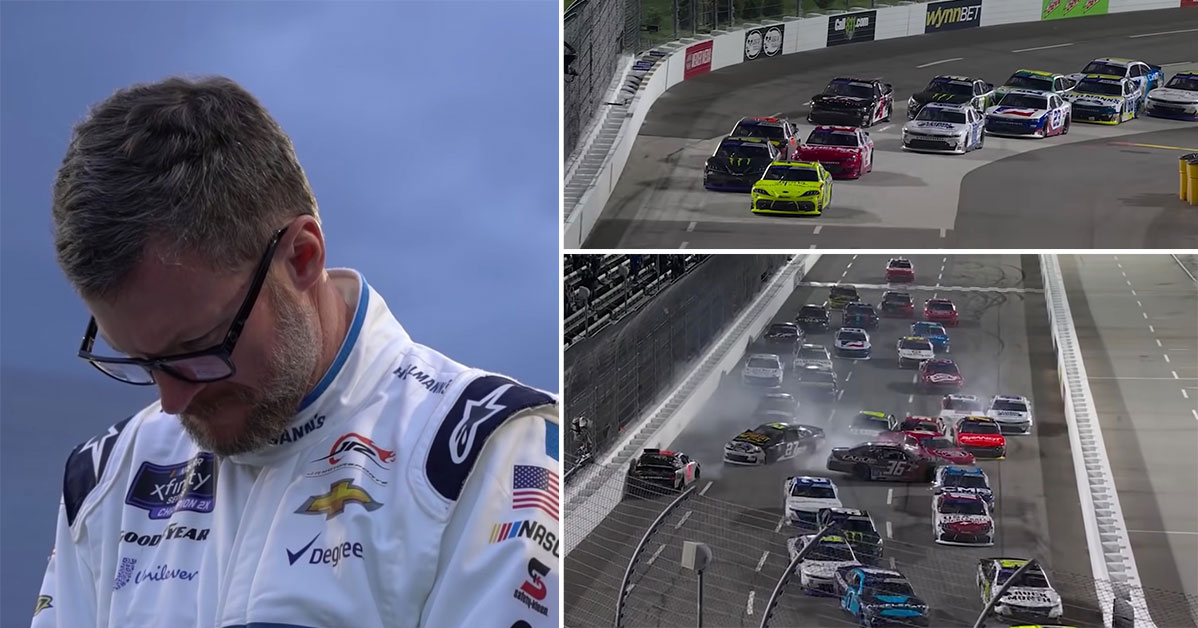 Dale Earnhardt Jr. returned to action at Martinsville Speedway to see if he could put the number 88 Hellmann’s Chevrolet Camaro in victory lane.

It seems like the driver of the number 88 just can’t stay away from the track, even if he tries! The effort was a part of Dale’s yearly one-and-done race as he participates in just a single event each year.

While Junior might be a little bit out of practice when compared to his peak performance, he seemed to be a strong competitor in the field of up-and-coming young guns that race in Xfinity series competition. For most of the event, the iconic driver would remain around the top 10. However, it was ironically one of Junior’s own drivers that would cause him issues.

On lap 243, Dale and JR Motorsports racer, Josh Berry, ended up getting into a tangle that sent Junior down the leaderboard. Talk about an awkward team meeting on Monday…

However, Dale would recover nicely to find himself an 11th-place finish.

This time, we get to take a unique look at the fan-favorite as he makes his return to action. Down in the video below, Dale Jr. found himself mic’d up when cruising around the track at Martinsville. As is usually the case with these sorts of videos, the microphone caught all sorts of interesting information as Dale communicated with his team and even got a little bit frustrated at some points in the race. Fortunately, Earnhardt was able to keep his cool to cement that solid finish.

Even though the fan-favorite isn’t in regular competition anymore, it is refreshing to see him compete every once in a while. Down in the video below, we get to do just that as we take a bit of a dose of nostalgia from Martinsville.

« Building a Modern Day Fast and Furious Eclipse in 22 Minutes