Daughter of Fallen Officer Has First Day of Kindergarten, Her Father’s Coworkers Made Sure She Wasn’t Alone 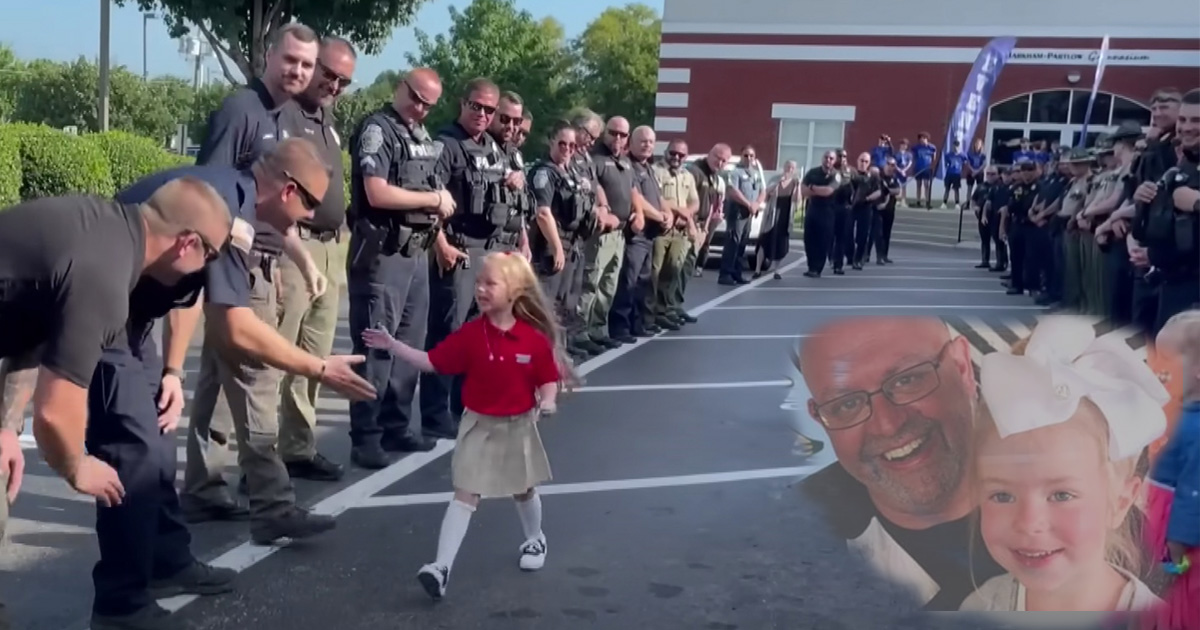 When police officers enlist in the force, they are, without a doubt, making a great sacrifice. The sacrifice is being made not only by the individual who is serving their community. It’s also felt by their family as well. As such, in many cases, the family of the officer adopts a bigger family as the police force has the tendency to act as one big community.

In an incredibly devastating situation in Tennessee, a fallen officer left behind at least one young daughter. The story didn’t really specify details on the rest of the officer’s family but instead chose to focus on one event that was incredibly heartwarming.

We watch as the fallen officer’s young daughter made her way to her first day of kindergarten, a day that could be intimidating for just about any child, especially without her dad by her side, holding her hand. While it is just about impossible to replace the love of a father for his daughter, her dad’s coworkers did everything that they could to make this young lady feel as comfortable as she could on her first day of school.

In the video that has since gone incredibly viral, we watch as the kindergartner’s father’s coworkers all showed up on the first day of school to make sure that she would not feel alone. Commenters remark that the display was very thoughtful and supportive. One commenter also points out that this display of overwhelming support would show a wonderful tribute to this young lady’s father.

Even though nobody replaces dad, seeing things like this really makes us want to go out and do a little bit of good in the world. To some, it might seem like a small act of kindness but to others, something like this could make all of the difference in a life.