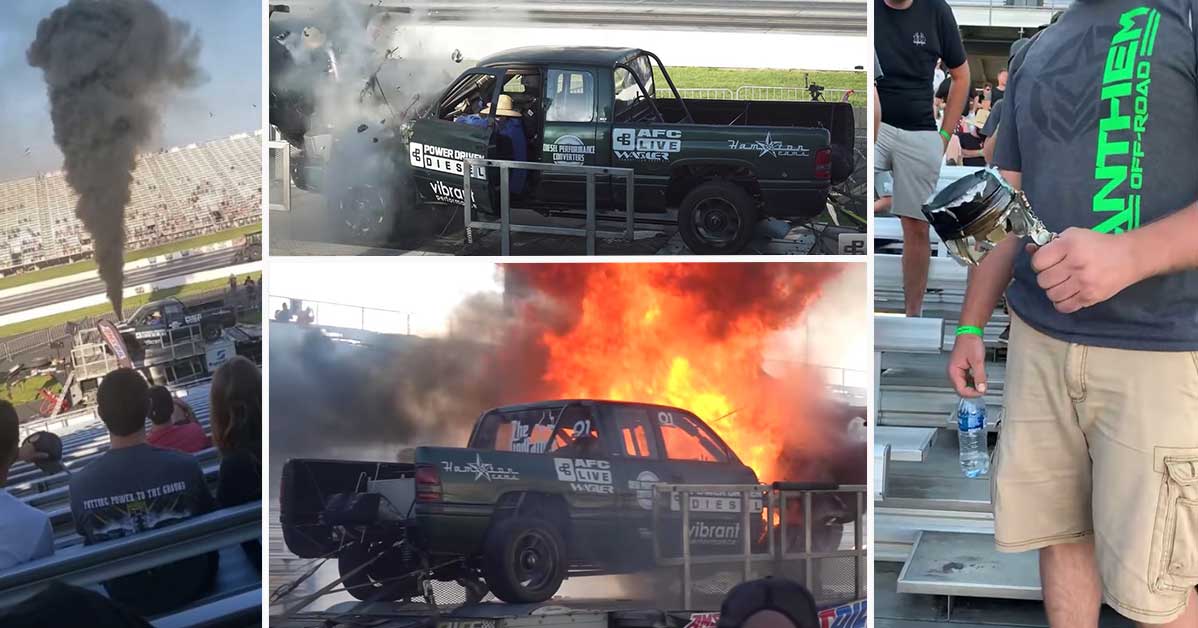 When it comes to diesel trucks and the dynos, they have a pretty interesting relationship. You see, in the diesel community, one of the biggest bragging rights comes with a high number on the dyno rollers. Because of this, entire events are dedicated to grabbing the highest horsepower figures and things can sometimes get a little bit out of control.

How bad could it really get if the truck isn’t actually going anywhere?

Well, this is where the volume knob is really turned up and fans are treated to an incredible slideshow from time to time. You see, as the boost really gets cranked and truck builders chase those high numbers, let’s just say that some components can really end up pushing past the limit to the point of failure.

When you’re creating thousands of horsepower, one failing component could mean not only a little bit of a smoke show but also fire along with shrapnel as well. Not only are some of these engines going down but some of them are truly going down in a blaze of glory.

This time, we tune in with the shop truck from Power Driven Diesel at the Ultimate Callout Challenge 2021 that was trying to go for all of the marbles when things just simply went wrong. When push came to shove, the truck would start making some steam but eventually, that power would turn to fire and the explosion could be seen from the entire facility. As if that wasn’t enough, the fans in the stands were treated to something special themselves when parts went flying!

At the end of the day, fortunately, it doesn’t look like anybody was injured in the incident. However, a flaming piston managed to make its way all the way up into the grandstands where somebody will be able to go home with a souvenir.

Below, we see the scene from a spectator before hearing from the shop themselves in the second video.